This year, the Municipal Museum in Medias, Romania, is exhibiting guild chests from the various guilds that existed in the city during its long history (the city was founded in 1267 AD).

Each guild had its chest, a decorative wooden or metal box, locked with a key, which held certain objects, such as tools or scrolls or documents of value to each guild. The chest figured prominently in guild meetings and rituals. It was sometimes re-decorated or re-built when a new guild master took the helm.

For example, the blacksmiths’ guild chest was highly ornate, and featured an intricate 5-point lock system, opened with a single key. 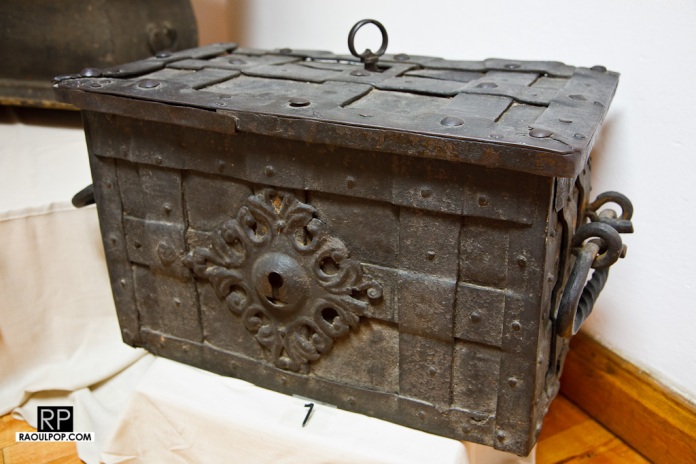 The tanners’ guild chest features their guild colors and insignia, the year when it was made/re-decorated, and the name of the (then) guildmaster.

Then there’s the bakers’ guild chest, where a few of their traditional products are engraved onto the side. 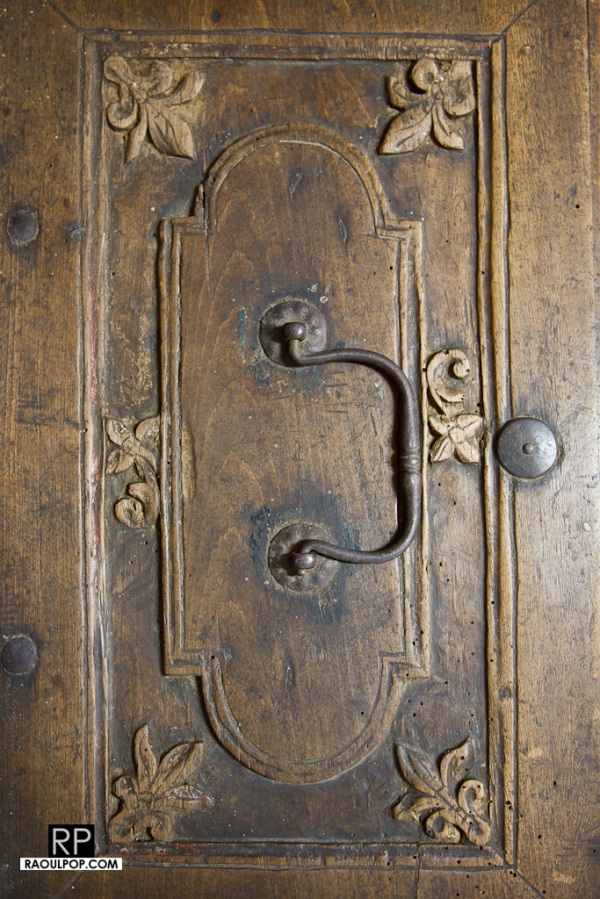 The two chests below look to be from the butchers’ guild and the wheelmakers’ guild. 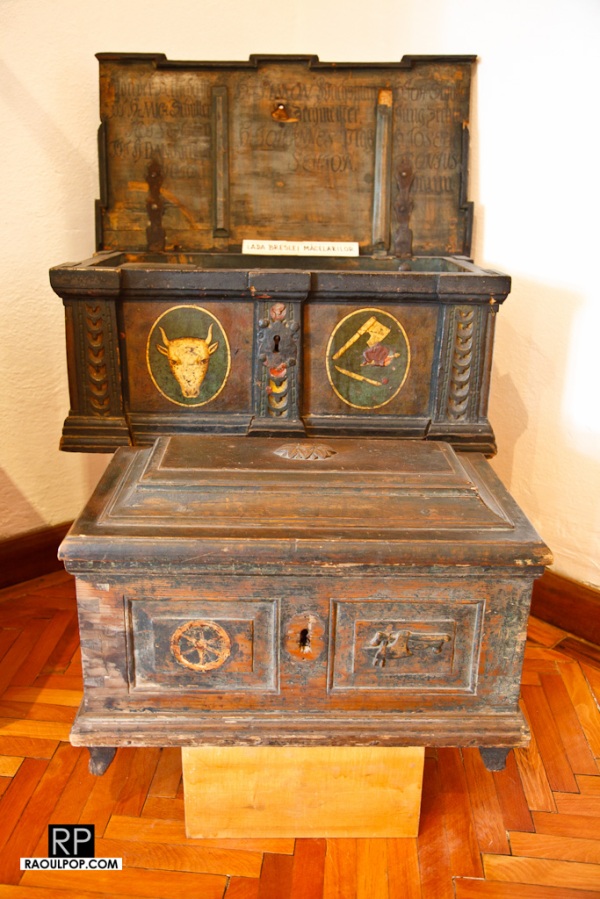 Nova TV, the local TV station in Medias, has put together a nice video montage of the exhibit, which you can see below or on their blog.

If you happen to visit Medias, don’t forget to drop by the museum as well. It’s surprisingly large, and it has many rooms with many exhibits. You can spend hours and hours there if you like. Incidentally, it’s housed on the premises of the Franciscan Monastery I wrote about earlier.

2 thoughts on “The Guild Chest: an exhibit at the Municipal Museum in Medias”