During the past few weeks, I worked on an extended video (about 50 minutes long) on shoe care, where I explained how I take care of my shoes. In order to offer as much advice as possible, I selected three pairs of shoes: a summer pair, a pair of winter boots and a pair of old shoes that had been abused in the garden and the yard. The point was (and is) to show the viewers how to take care of all sorts of shoes, whether they be warm weather, cold weather or just plain old shoes. As an added bonus, you’ll also learn how to get a spit shine (also known as a mirror shine or a bull shine). Here is the video, enjoy! 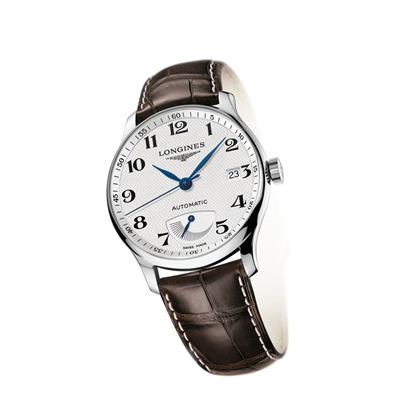 Remember my video on watch bands? I intended to create a guide to watch designs and I got around to it last week. This video’s even longer than the last one; it’s almost 30 minutes! Get a cup of tea, sit down and get comfortable, because it’s going to take a bit of time to get through it!

Let me sum up my thoughts on watch design:

Watch the video for the rest of my thoughts and I hope you enjoy it and it’s of use to you!

In January of 2009, I mentioned the price of storage had just dropped below 9 cents per gigabyte. I see now that 2 TB drives are selling below $150 (they’re $140), so it’s time to update my figures. At $139.99 for a 2 TB (2,000 GB) SATA hard drive, that comes out to less than 7 cents per GB. That’s a great deal, and it goes without saying that it’s the lowest price for data storage consumers have ever seen.

Updated 4/19/10: Micro Center is selling 2 TB Seagate SATA drives for $119.99. It’s an in-store special, with a one drive per household limit, but still, that makes it 6 cents per gigabyte. What can I say — expect the price to keep dropping…

On the downside, it seems hard drive manufacturers have hit a ceiling with 2 TB drives. I haven’t heard talk of 3 or 4 TB drives, or anything larger than that. Perhaps I haven’t been keeping up with storage news properly, so if you’ve heard some good news, do let me know!

The WD TV can be placed on a network via an unofficial firmware upgrade available from B-RAD. The souped-up firmware apparently allows one to plug USB ethernet sticks (I’ve had one of those lying around in my desk drawer for years) into the WD TV and mounts its connected drive(s) onto the network — among other additional features.

I haven’t tried this yet. I found out about it from Tobias Schneble, a reader from Germany who emailed me after seeing my article on upgrading the WD TV to the new official firmware from WDC. Tobias tells me there’s a wiki site where detailed instructions are given.

Updated 4/5/09: I modified the post in accordance with the very helpful comment you see below, provided by the fellow who runs the B-RAD website. It turns out that hacking the WD TV to add it to a network and to enable other extra features is as easy as upgrading it with a normal firmware package. That’s great!

The WD TV is my favorite media player (I think it’s better than the Apple TV), and since I also love the Drobo, I wanted to combine the two and have the ultimate media entertainment center: a Drobo packed full of videos, photos and music, connected to a WD TV, which is connected to a large-screen HDTV. I did just that for my parents in December. It was my Christmas gift to them.

Here’s what you need to keep in mind if you want to do the same thing. As you might guess, several complications arise when you attempt to get a device with huge storage capability connected to a media player. The complications have to do mainly with the file systems that the media player can read and use properly, and with the ability of the on-screen menus to navigate an abundance of content efficiently.

The WD TV can only work fully with NTFS, HFS and FAT32 file systems. By “fully”, I mean will build its own catalog of the media present on those devices, store it at the root level of those drives as a hidden directory, and will let you browse using its on-screen menus, by date or by file name. It will also read the HFS+ file system, which is native to the modern Macs, but it will not be able to write to it and build its own catalog; this means you’ll only be able to navigate the media on that device by folder.

I ended up formatting my parents’ Drobo as an HFS+ volume. I’ll tell you why below. If you’re not interested in the minutiae, skip ahead to the next paragraph.

Great! Now that I’ve put you to sleep, let’s move on. Next on the agenda came the transfer of all the data to the Drobo. You see, I’m also using my parents’ Drobo as an offsite storage device. You know what they say, give and ye shall receive, right? I made them happy by setting up their media center and also got to back up most of my data, media, and photographs. The transfer of the information took a while, as you might imagine. I didn’t time it, but I think it was somewhere between 24-36 hours to copy about 2TB of data from my Drobo to their Drobo. I’m happy to say that the copy operation did not crash, and completed successfully. That’s a testament to the stability of the Drobo as a storage device.

After the data transfer was complete, I was done. It was time to sit back on the sofa and enjoy my hard work. Even though the WD TV couldn’t aggregate the media on the Drobo and build its catalog, which would have let me browse the media by type (video, photo or music), date or title, I was able to browse the Drobo by folder. Since I’d already organized the media that way, I didn’t mind it at all. I had my videos broken down into separate folders for Cartoons (I love classic cartoons), Movies, Documentaries and TV Shows (I love Mister Ed), and I was able to watch most of my stuff.

As a side note, even though the WD TV manual says it’ll play WMV9 files, and my Mister Ed episodes were encoded (I believe) with WMV9 technology, I can’t play them on the WD TV. I’m sad about that, but at least I can watch them on my MacBook and iMac. Perhaps I’ll re-encode them into MP4 files at some point.

I mentioned something at the start of the article about the on-screen menus and their ability to navigate the content efficiently. The WD TV lists the media in thumbnail mode by default, which means you’ll have a little icon next to each media file. When you have a ton of files to look through, that’s not very efficient. Fortunately, you can go into the WD TV settings and change it to List mode. This will list each piece of content on a single line, and will let you see more titles per screen. To scroll up and down the file lists faster, simply hold down the up or down arrows on the WD TV remote, and it’ll accelerate, speeding through the titles.

I’ll concede that the on-screen menus for the WD TV aren’t as slick as those you see on the Apple TV — and by that I mean how easy and quick it is to navigate to a particular title, not the glitz and glamour of a fancier UI skin — so there’s some work to be done there, but the WD TV is much more practical than the Apple TV when it comes to playing your media. You simply plug in a USB drive loaded to the gills with movies and photos, and it’ll play them right away, which is something that the Apple TV just doesn’t do out of the box.

That’s it, folks! Let me summarize things to make it easy for you: