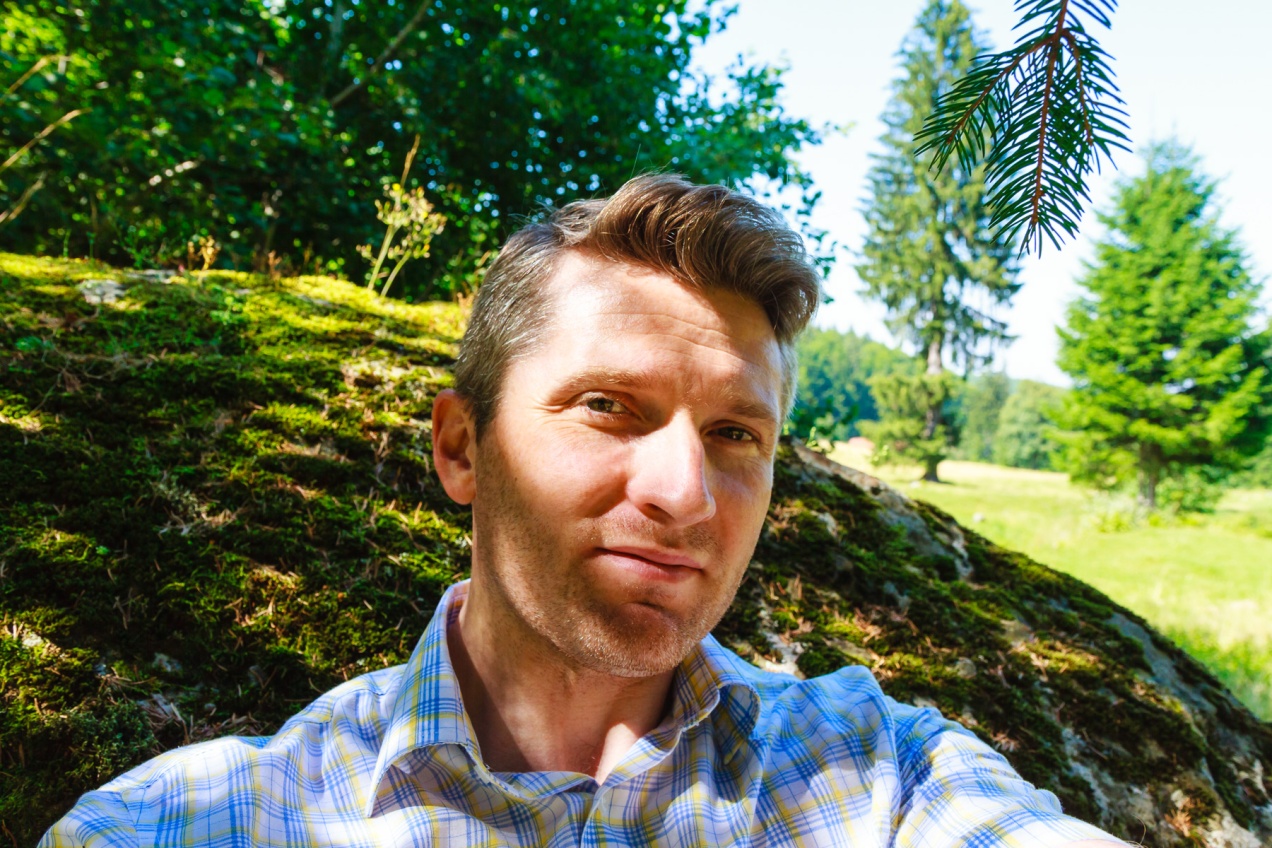 Life is what we make of it. My aim is to make mine worth it.

My name is Raoul Pop. I like to keep busy. Here are some of the things you can call me: author, photographer, architectural conservator-restorer, entrepreneur, filmmaker, consultant, etc. Some people also call me other things sometimes… ☺️

I am half Romanian, half Hungarian by birth and American by upbringing. I emigrated to the United States with my family in 1991 and grew up in America. Having spent half my life in Romania and half in the US, this makes me somewhat of a mongrel. These days, my wife and I share our time between the US and Romania, spending most of it in Romania, where we live and work in Transylvania.

I’ve been writing and publishing online since 2000. I’ve had a website since 1995, and the first time I went online was in 1994. I discovered my love for writing in college, where I majored in English and Creative Writing. The best outlet I’ve found for my passion has been this website, and here is where I intend to keep writing and publishing.

I adore the beauty, majesty and peace of nature. I am most at peace when in nature, far from people. I preserve glimpses, beautiful moments from my experiences, in my photographs. I publish my photographs here on my website. Have a look at my portfolio or my Flickr stream. Some of my photographs can be found at Getty Images and Alamy. You can also license photos directly from me. I license my images for commercial and personal uses under both RM and RF terms, depending on your needs. More on my licensing terms here.

In addition to my website and various other places on the web where I post my photographs, my work has also been featured in published books and other publications. Here is a partial list:

You can see my filmmaking on my YouTube Channel or my wife’s channel. I film and edit my wife’s two current web shows, Ligia’s Kitchen and De Vorba cu Ligia, and my own show called Romania Through Their Eyes. I also have a web series called A Guide to a Good Life.

Being a filmmaker is a wonderful thing. It’s also overwhelming, particularly when you get to play the role of writer, producer, director, camera operator, sound operator, lighting technician, set designer, editor, media technician, publisher and distributor. Has it been worth it? Absolutely. I’ve learned so much and my work has improved quite a bit over time. I’d say the most important aspects are framing, lighting and sound. When I improved on these three things, my videos started to look a lot better.

Here are the web shows I’m currently working on:

My interests are varied and my writing reflects that. I publish original content on my website. I sometimes publish links or collections of links to interesting articles, but most of the time, it’s my own writing. I get offered guest posts from time to time, and so far, I’ve said no to each of them. If there’s a lull in my posts, it means I’m busy with other projects.

I’ve got knowledge and experience in the following fields:

You’ll notice that I write a lot about technology, and you may wonder what gives me the authority to do so. I have been an IT professional for 15 years and have served in various capacities, including tech support, programmer, webmaster, manager and director. I now work as a consultant. I have implemented and developed electronic medical records systems and online learning systems and content management systems. I have written IT policies and reorganized and merged entire departments. I assembled server rooms and servers and desktop computers and made IT purchases big and small. In short, I’ve worked a LOT in IT. It’s a field that I know and like.

I am naturally interested in everything that has to do with computers and various other technologies that make our life better. But I am also deeply concerned with how we are disposing of old technology. We must recycle and reuse as much of it as possible.

New and innovative products are wonderful. I love good design and I admire products where design, function, durability and reliability are tightly integrated. I review cameras, computers and other technology-related products on my site.

I trained with weights quite seriously from 1994 to 2003 and I still do what I can to keep in good shape. I also dabbled in archery and fencing while in college. And I do a bit of horseback riding from time to time.

I love old movies and cartoons. Some new movies manage to re-capture the magic and the spirit of the old cinema but they are few and far between.

I love old cars. I love cars made by hand, lovingly put together piece by piece, tuned by ear, cars that sputter and rumble, cars that come alive when you turn the key, cars that charm your eyes and steal your heart, cars that click and clack and perhaps even creak a bit, cars with character and charisma and a bit of muscle and mostly, mostly a lot of style.

Ligia, my wife, is an accomplished raw chef, artist, piano teacher, and writer. She is the host of our cooking show, Ligia’s Kitchen, which is internationally renowned and is one of the winners of the YouTube Next Chef Program, and also the host of our talk show, De Vorba cu Ligia. She likes old movies, old cartoons and old music, like me.

She published her first book, entitled “Pasi in Lumea Muzicii” (Steps in the World of Music), in 2008. The book is an innovative and approachable method for teaching children piano, and was published in the Romanian language. The first edition sold out in less than a year, and we’re now planning a second edition.

She published her second book, entitled “Retete Vegane Fara Foc” (Raw Vegan Recipes), the first book of its kind in Romania, in 2010. The first edition sold out in a few months, so we had to print a 2nd edition, a 3rd edition and then a 4th edition. The 6th edition is now in print and it’s one of the most popular recipe books in Romania, having sold over 15,000 copies. This book is also the winner of the prestigious Gourmand World Cookbook Award for 2014 as the “Best Vegan Cookbook in Romania”.

She published her third book, entitled “Germeni si Vlastari: Surse de Sanatate si Energie” in 2011. That first and second editions have sold out and a 3rd edition has now been published.

Her fourth book, a collection of incredible desserts for the whole family, entitled “Deserturi raw pentru Parinti si Copii Sanatosi” came out in 2011. The first edition has sold out, then the second edition and a third edition is now in print.

Her fifth book, “Jurnal de sarcina: sfaturi pentru o nastere natural si un bebe sanatos” was published in 2014 and has met with much success and appreciation from mothers in Romania; it is now in its second edition.

Her sixth book, “Sfaturi pentru o viata mai sanatoasa”, was published in early 2015 and is being praised for its usefulness; it is also in its second edition.

Her seventh book, “Diversificarea alimentatiei la bebelusi” was published in the summer of 2015. It is a clear guide to diversifying your baby’s diet.

Since then, she has published two more books, “Un ghid al detoxifierii in 15 zile”, a two-week step-by-step guide to helping the body clean and renew itself and “Jurnalul unei mame: un ghid pentru cresterea copiilor pana la 3 ani”, a parenting guide for raising healthy, balanced children up to the age of three.

Our entirely adorable daughter Sophie was born to us in March of 2013 and we’re thrilled and blessed that she’s in our lives. She is now six years old.

After several years of writing articles for my other sites (I started writing online in 2000) and several months of blogging in late 2005 and early 2006, I decided to consolidate my content into a single website.

When you see posts from 2001 as you look through the archive, those are articles originally published at Amalgamy and Lupus Pernix, old websites of mine. By the way, Lupus Pernix is a Latin phrase that means “agile wolf”; it’s not related to the auto-immune condition known as Lupus. For the first few years, I wrote them in HTML and published them as individual web pages, then I coded a precursor of what today would be called a blogging engine, which I called an online publishing system, and used that for a while. I had actually coded that system in 2000 and used it extensively on my sites. It was (for its time) a full featured publishing system written in ASP, running off an Access DB, and it included a control panel where you could add, edit and publish articles, with images, using an online HTML editor. It was, even if I say so myself, pretty nice and well-written. Now I wish I had open-sourced it instead of mothballing it, because it was ahead of its time and even though it ran off an Access database, it was surprisingly robust and could handle quite a bit of web traffic.

In December 2007, I moved all my content to this domain (raoulpop.com). And in January 2010, I moved to WP.com from a self-hosted install of WP.org, because I wanted to stop worrying about server issues and focus on publishing my content.

Your ideas and suggestions about anything that pertains to the site and its content are welcome.

What do you think? Cancel reply

This site uses Akismet to reduce spam. Learn how your comment data is processed.