When it launched a little more than a year ago, the Blackmagic Design Cinema Camera took the industry by storm. It is the first (and quite possibly still the only) 2.5K video camera under $5,000 able to use EF, ZE and MFT-mount lenses. It stores the video on SSDs, in 12-bit RAW format with 13 stops of dynamic range (unheard of in virtually all video cameras). It has both SDI video output and Thunderbolt, for super-fast video downloads to your editing station.

The Blackmagic Cinema Camera with EF Mount from Blackmagic Design brings to film makers a tool that many have waited for. Recording to a 2.5K image sensor, the camera is capable of recording 12-bit RAW DNG files, as well as ProRes and DNxHD formats to built-in removable SSD drives, while delivering 13 stops of dynamic range. And it does so at a previously unheard of price point.

The camera is housed in an elegant, minimalist enclosure, crafted from a single block of aluminum. It can be used hand held or mounted on industry standard hardware. The lens mount accepts Canon EF and Zeiss ZE lenses, and the LCD touchscreen provides monitoring, plus the ability for the user to add metadata such as shot number, filenames and keywords.

To handle the high data video output, the company includes a full version of DaVinci Resolve, its premier color correcting software for Mac and Windows. Also included is a copy of UltraScope. When connected to a computer via Thunderbolt, the software provides technically accurate waveform monitoring, displaying six live scope views on a single monitor.

Since everything has been designed to provide high quality acquisition, the camera is perfect for independent film, television commercials and episodic television production, all places where image quality is paramount. And being affordable, it will also find its way into wedding, sporting event and music video capture. 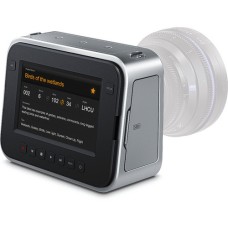 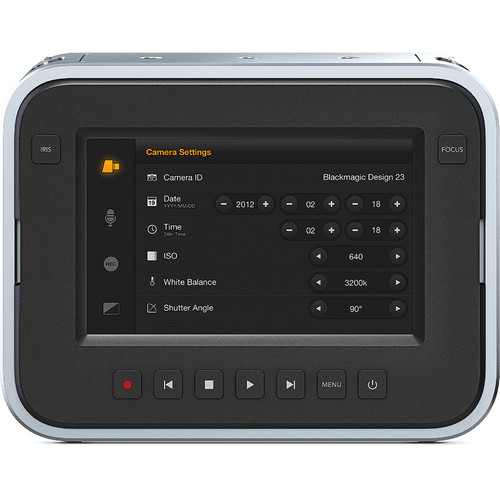