Our Italian road trip took us from Pisa to Florence, where we arrived on the evening of February 18th, just as dusk set in. We navigated the Florence streets at night with some difficulty, but arrived at our lodging in due time, where we rested for the day ahead. 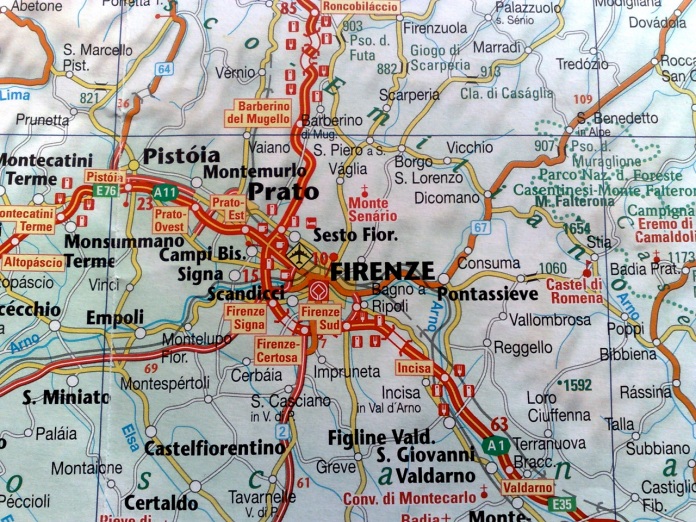 Here’s us descending the hills of Tuscany into Florence, on the main highway that connects it to Pisa.

See this video on Vimeo

A funny thing happened that evening. We’d been following our somewhat convoluted route through the city, when we reached a bridge we needed to cross but couldn’t. It’d been blocked — barricaded — by the city, for reasons unknown, since no work was being done on the road. We stopped to call for directions. On the other side of the barricades, a line of angry Italians was forming. Apparently the barricades had only been put up that day, and they weren’t happy about it.

One of them, a young, strong fellow in his 20s, had been building up some steam underneath his collar. With no thought of turning around and finding another route, he got out of his car and started to break the plastic ties that held the barricades together, bare-handed. These were thick ties — the same kind used to handcuff people when they’re arrested — yet he snapped them with relative ease. After breaking a few, he figured it was tedious, so he got a sharp hunting knife from his car and sliced through the rest of the ties, then threw the barricades aside and drove right through.

I’d gotten out of my car to have a better look at what he was doing, and stood there amazed. Seriously, it takes guts to have complete disregard for the authorities of a city. On the one hand, what he did was wrong, but on the other hand, he helped us and the many other drivers stuck there. We knew of no other route to get where we were going, and we’d have been lost if he hadn’t cleared the way. and after a short while, reached the place where we were staying — Villa Aurora — a picturesque antique villa perched on one of the Tuscan hills that surrounded the city.

The villa and its surroundings were so beautiful that in spite of my fatigue and the cold weather, I had to make time for a few nighttime photos, after which I slept like a log till early morning. 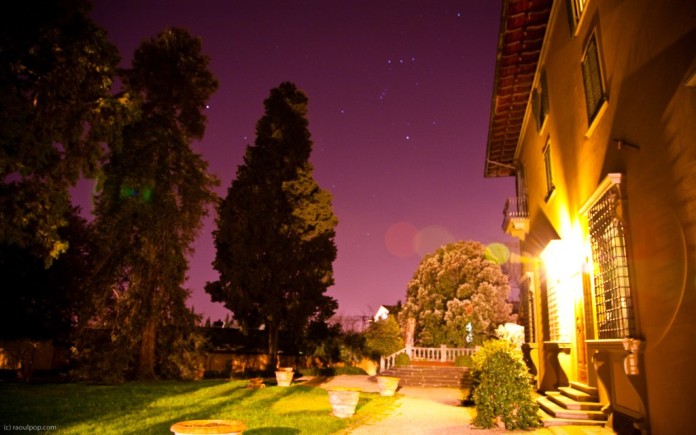 We got up with the dawn and after a hearty breakfast, drove into the city to visit. We parked in the subterranean lot behind the railway station, near the church of Santa Maria Novella, then walked through the city for several hours.

We visited the Duomo while it was still early morning and the tourists weren’t around, then had the best hot chocolate ever at a place called SergioBar, right in the Piazza del Duomo. 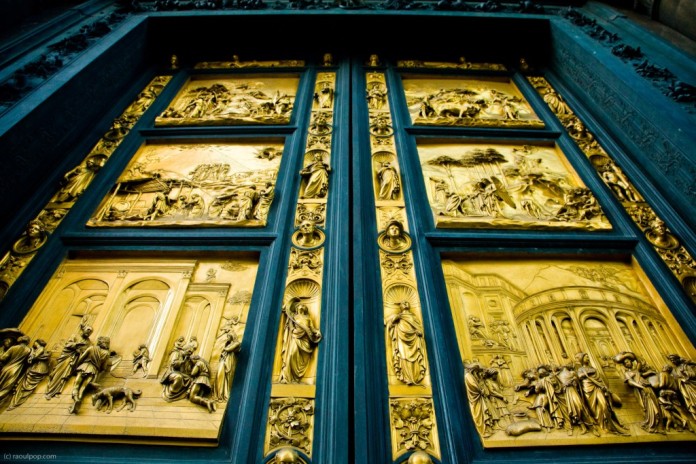 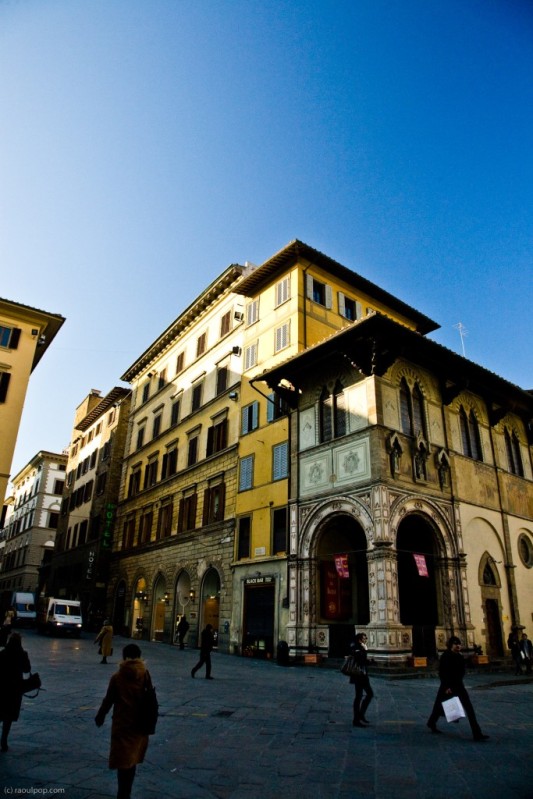 I highly recommend climbing to the top of either the Campanile or the Duomo, in the morning or in the late afternoon, when the sun casts long shadows on the city. The climb is long and exhausting, but you’ll be treated to some fantastic views of Florence. 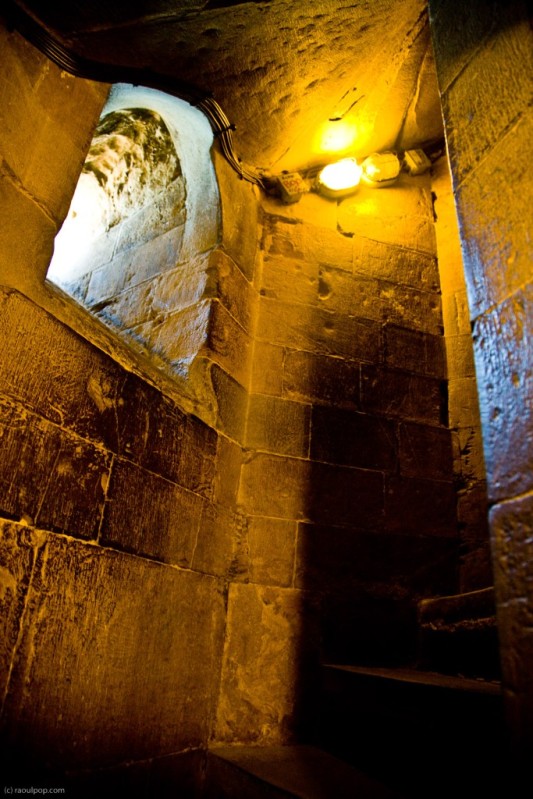 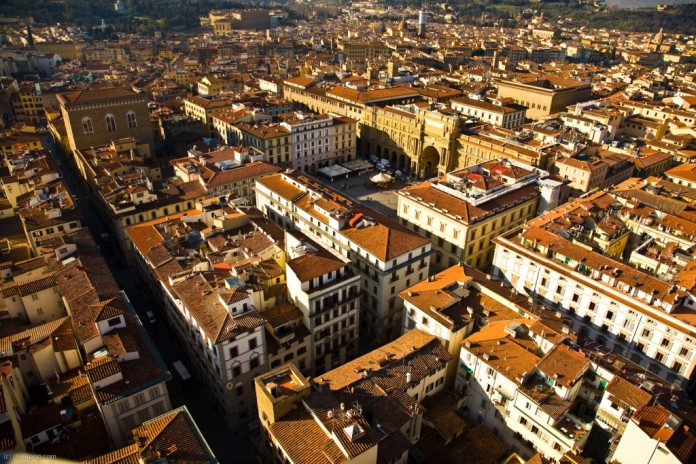 After that, we made our way to the Palazzo Vecchio and the Ponte Vecchio. 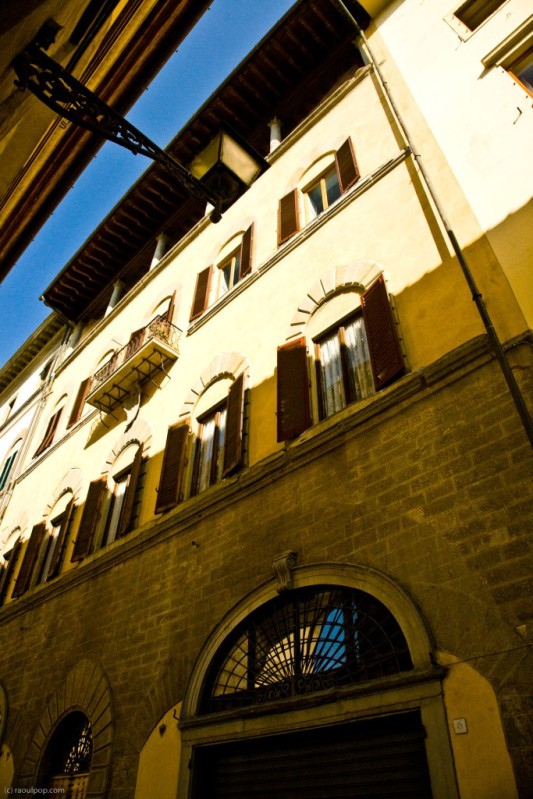 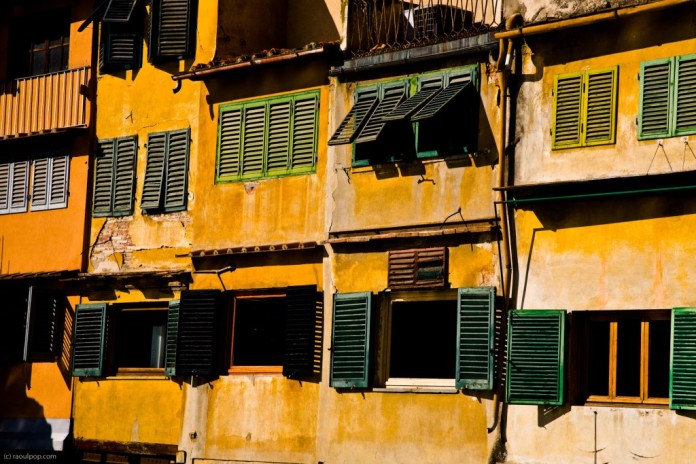 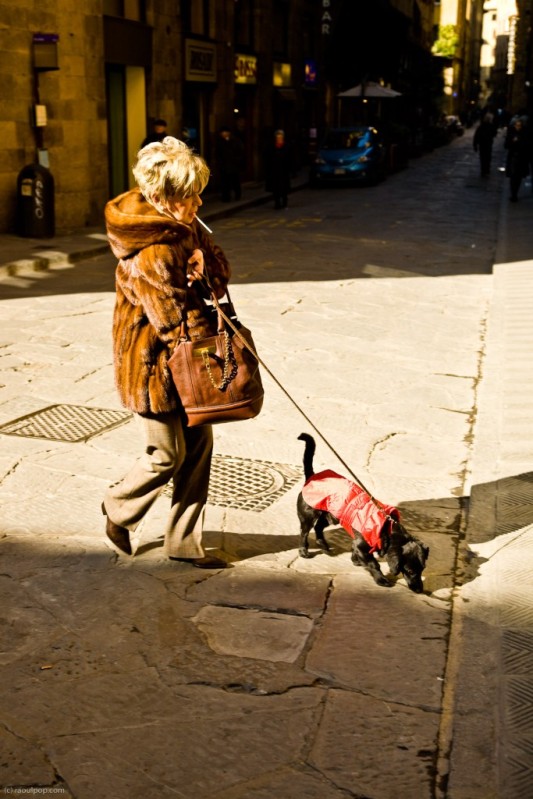 We crossed the old bridge then climbed up to the Palazzo Pitti with its hilltop gardens and amazing views of Florence and the surrounding areas, then came back down and slowly made our way back across the Arno to the railway station and our car. Venice was next on our list, but we had to drive a good while till we got there and find a hotel to sleep for the night. 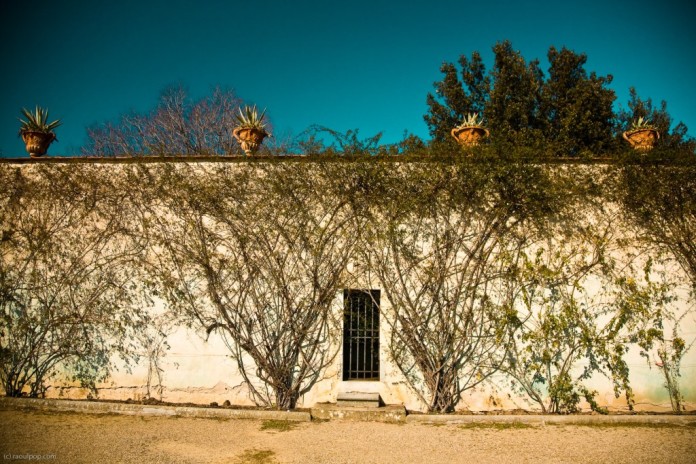 After making our way out of the city, we took the highway toward Venice, then exited somewhere near Modena and made our way toward Ferrara on country roads. It was near Modena that we saw the Lamborghini factory — actually, passed right by it — but it didn’t occur to us till after the fact. That was unfortunate, it would have been nice to take a tour.

We found a small, cozy and very clean hotel on the outskirts of Ferrara and slept there for the night.

All the photos you see here and more can be found at larger sizes in the Firenze album in my photo catalog. 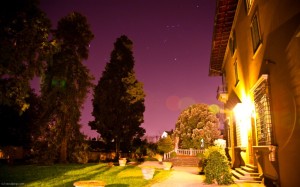 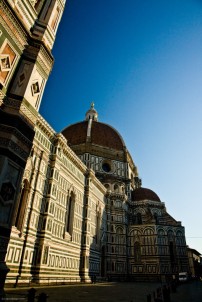 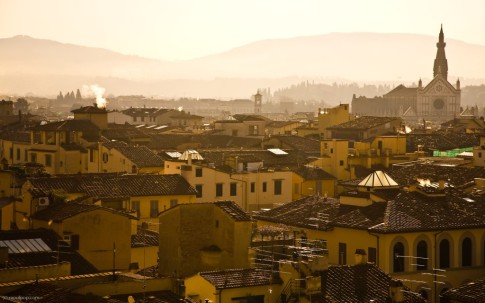 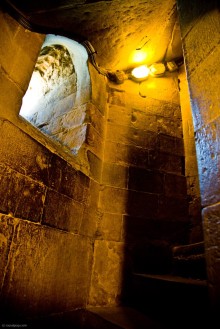 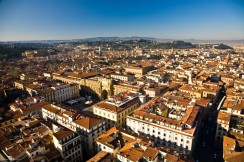 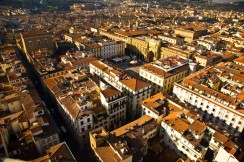 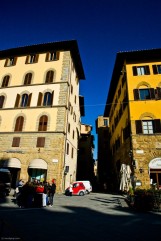 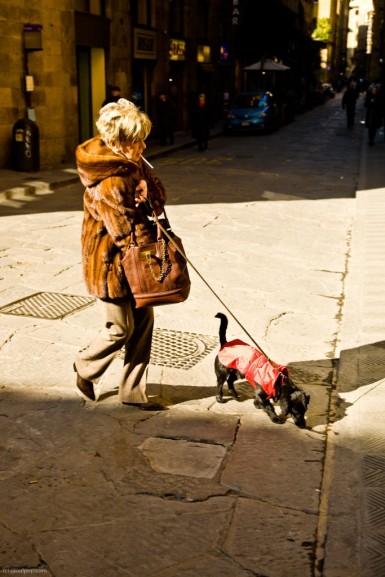 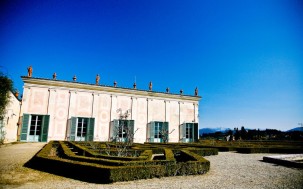 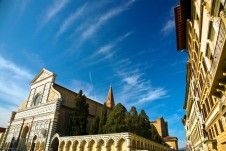