On August 19, Canon announced the launch of the new flagship PowerShot digital camera, the G11. Having shot extensively with a G10 this summer, I’m ambivalent about upgrading to the G11. 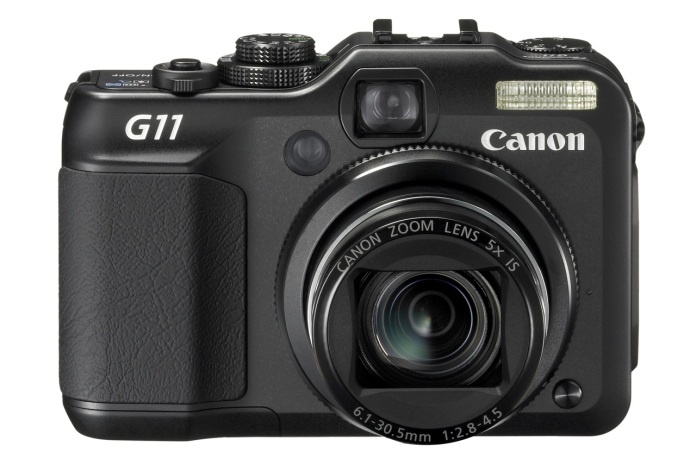 For one thing, I welcome the better low light capabilities. While the G10 showed some noise when shooting in low light, it was acceptable when I compared it with other non-DSLRs on the market. If the G11 improves on that, great.

But the G11 is no different from the G10 when it comes to video recording. It still only shoots SD video (480p, 30fps), when other comparable cameras on the market have long since moved to HD video (720p, 30fps). Even other PowerShot cameras from Canon, like the SX20 and the SD980 and SD940, which cost less than the G11, are able to shoot HD video (720p, 30fps). Why has Canon decided to hamstring the G11, unless perhaps they feel that, with its superior collection of features, it cuts into their HD video camera sales? (If that’s the case, then it’s a sorry excuse, because they’d be putting profits before customers.)

The G11 also has lower resolution than the G10 (10 megapixels instead of 14.7 megapixels). I’m no fan of gratuitous resolution, so I’m reserving my judgment on this until I get my hands on a G11. Canon says they did it to improve low light capabilities, and I believe them — if the low light claims prove to be accurate. There’s only so much resolution you can squeeze out of the same sensor size before noise becomes an issue, even at lower ISOs.

What I’d also like to see from the G11 is a better dpi setting. One of the main differences between DSLRs and consumer-grade digital cameras is the dpi setting of the images they output. A regular digital camera will output its images at 72 dpi, which is the equivalent of screen resolution, while most DSLRs output their images at 240 dpi. That’s why — unless you tinker with the dpi setting in an image editing program — you can get a larger print from a 10 megapixel DSLR image than you can from a 10 megapixel regular digital camera image. The Canon G10 and G11 output their images at 180 dpi. That’s pretty good compared to 72 dpi, but it’s still not 240 or 300 dpi. I would love to see the G11 give me 240 dpi, right out of the camera, without needing to change that setting in post-processing.

The G11 is also slightly more sluggish than the G10 when it comes to shooting speed (1.1 fps vs. 1.3 fps). It’s probably due to the extra computations it performs on each image, but one would think shooting speed would at least stay the same, if not increase, with each camera generation.

The G11 also has a smaller screen than the G10 (2.8 in vs. 3.0 in). I understand this is due to its nature (swivel vs. fixed), but having that larger screen on the G10 was really nice. Still, the swivel screen should allow for more creative angles, so that could count as a plus.

Battery life is also a bit of a downer. On the G10, the specs say the battery lasts for about 400 shots. In real life conditions, it last much less (about 200-300 shots, depending on how sparingly you use the optical zoom). On the G11, the specs say the battery life is about 390 shots, and is likely to be much less than that in real life conditions as well. Couldn’t Canon have used a different battery or done something to improve the battery life? After all, the display is slightly smaller as well, so that should take less juice to power up. Sure, the battery life is said to be markedly better when using the viewfinder, but have you tried using the viewfinder on either the G10 or the G11? It’s more like a fuzzy rangefinder. It’s terrible.

So there you have it. Not much to brag about when it comes to the G11. Nothing revolutionary when it comes to the upgrades, and let’s face it, not even something that I, along with many others, expected, like HD video. The better low light capabilities sound interesting, and if the camera delivers enough on that end to compensate for the decrease in resolution, the G11 may be worth your money. I did like the G10. It’s a great camera with many advanced capabilities. Let’s hope the G11 can live up to its predecessor.