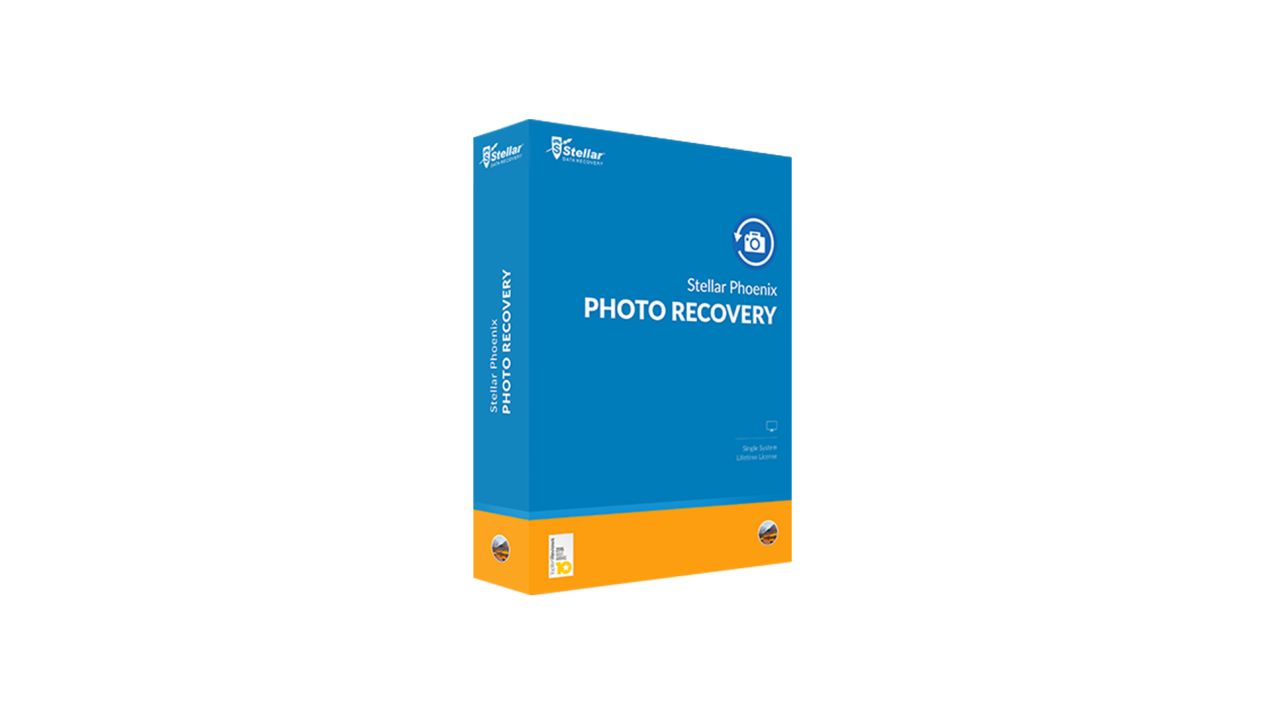 Having lost photos and videos in the past, I am fairly cautious about my media these days. I keep local and remote backups and I use hardware that writes my data redundantly onto sets of drives, so that I don’t lose anything if one of the drives goes down. I have also purchased data recovery software, just in case something goes bad: I own both Disk Warrior and Data Rescue.

When someone from Stellar Phoenix contacted me to see if I’d be interested in looking at their Photo Recovery software, I agreed. I wanted to see how it compared with what I have. In the interest of full disclosure, you should know they gave me a license key for their paid version of the software.

I put it to a test right away, on what I deemed the hardest task for data recovery software: seeing if it could get anything at all from one of the drives I pulled out of one of my Drobo units.

As you may (or may not) know, Data Robotics, the company that makes the Drobo, uses their own, proprietary version of RAID called BeyondRAID. While this is fine for the Drobo and simple to use for Drobo owners, it also means that data recovery software typically can’t get anything off a drive from a Drobo drive set. Indeed, after several hours of checking, Stellar Phoenix’s software couldn’t find any recoverable files on the drive. I expected as much, because I know specialized, professional-grade software is needed for this, but I gave it a shot because who knows, someday we may be able to buy affordable software that can do this.

What the software found is data gibberish; there were no MP3 or GIF files on that drive

Now onto the bread and butter of this software: recovering photos and videos from SD cards. I made things harder for it again, because I wanted to see what I’d get. I put a single SD card through several write/format cycles by using it in one of my cameras. I took photos until I filled a portion of the card, downloaded them to my computer, put the card back in the camera, formatted it and repeated the cycle. After I did this, I put the software to work on the card.

Before I tell you what happened, I need to be clear about something: because no camera that I know of and no SD card that I know of has any hard and fast rules about where (more precisely what sector) to write new data after you’ve formatted the card, the camera may very well write the bits for new photos/videos right over the bits of the photos/videos you’ve just taken before formatting the card. This makes the recovery of those specific photos that have been written over virtually impossible. What I’m trying to tell you is that what I did results in a file recovery crapshoot: you don’t know what you’re going to get until you run the software on the card.

When I did run it, it took about 40 minutes to check the card and it found 578 RAW files, 579 JPG files and 10 MOV files. Since I write RAW+JPG to the card (I have my camera set to record each photo in both RAW and JPG format simultaneously), I knew those files should be the same images, and they were.

The software found photos and videos from several sessions and dates

As you can see from the dates, they ranged from March 11 to February 13

I then told the software to save the media onto an external drive, so I could check what it found. 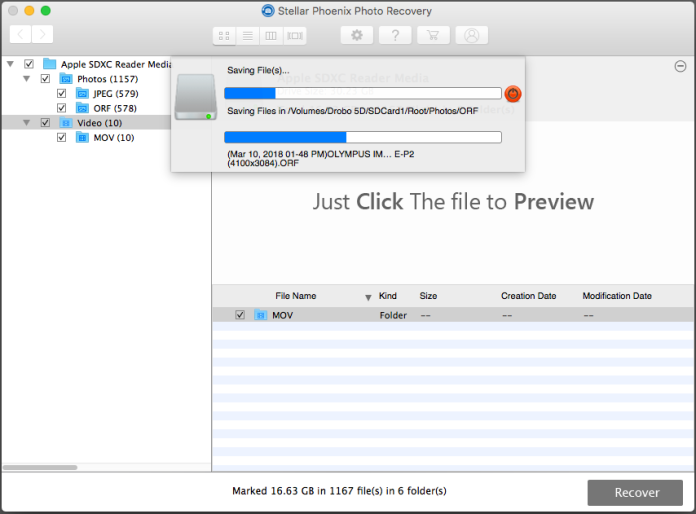 It took about 30-40 minutes to recover the data

When I checked the files, I saw that it recovered two sets of JPG files: each one contained 579 files, but one of the sets began its file names with “T1-…”; they were the thumbnails of the images. All of the JPG files were readable on my Mac. It was a different story with the RAW files. It recovered three sets of RAW files, each containing 578 files. The first set was readable by my Mac. The second set, marked with “T1-…” wasn’t readable at all and the file sizes were tiny, around 10KB in size; they were the thumbnails of the RAW files. The third set, marked with “T2-…” was readable, but the file sizes were around 1MB a piece; they were the mRAW files written automatically by the camera, at a resolution of 3200×2400 pixels. A typical RAW file from the camera I used for my testing ranges in size from 12-14MB and its resolution is 4032×3024 pixels. It’s kind of neat that the mRAW (or sRAW) files were recovered as well.

In all fairness, there is free software out there that can do basic recovery of images from SD cards and other media, so the quality of a piece of software of this nature is determined by how much media it recovers when the free stuff doesn’t work. I believe I made things hard enough for it,and it still recovered quite a bit of data. That’s a good thing.

Let’s not forget about the video files. Those were written to the card with another camera and they ranged in dates from November 3-6, 2017. I’m surprised it recovered any at all. It gave me 10 video files, out of which 5 were readable, so that’s a 50% recovery rate.

Just for kicks, I decided to run Data Rescue on the SD card as well. It also found 579 JPG files and 578 RAW files. All were readable by my Mac. It also found 10 video files, but none were readable. However, I have Data Rescue 3, which is quite a bit old. Data Rescue 5 is now out, but I haven’t upgraded yet. It’s possible this new version might have found some more files.

The one thing I didn’t like is that the Buy button didn’t go away from the software even after I entered the license key they gave me. As for the rest, it’s fine. I think it crashed once during testing and it didn’t happen while actually recovering data. The design is intuitive and at $49, this is software you should definitely have around in case something bad happens to your photos or videos. It may not recover all of what you lost, but whatever you get back, it’s much better than nothing, which is what you will definitely get if you don’t have it. It’s also a good idea to have multiple brands of this kind of software if you can afford them, because you never know which one will help you more until you try them all. And believe me, when you’re desperate to get your data back, you’ll try almost anything…

Remember, back up your data and have at least one brand of data recovery software in your virtual toolbelt. Stay safe!