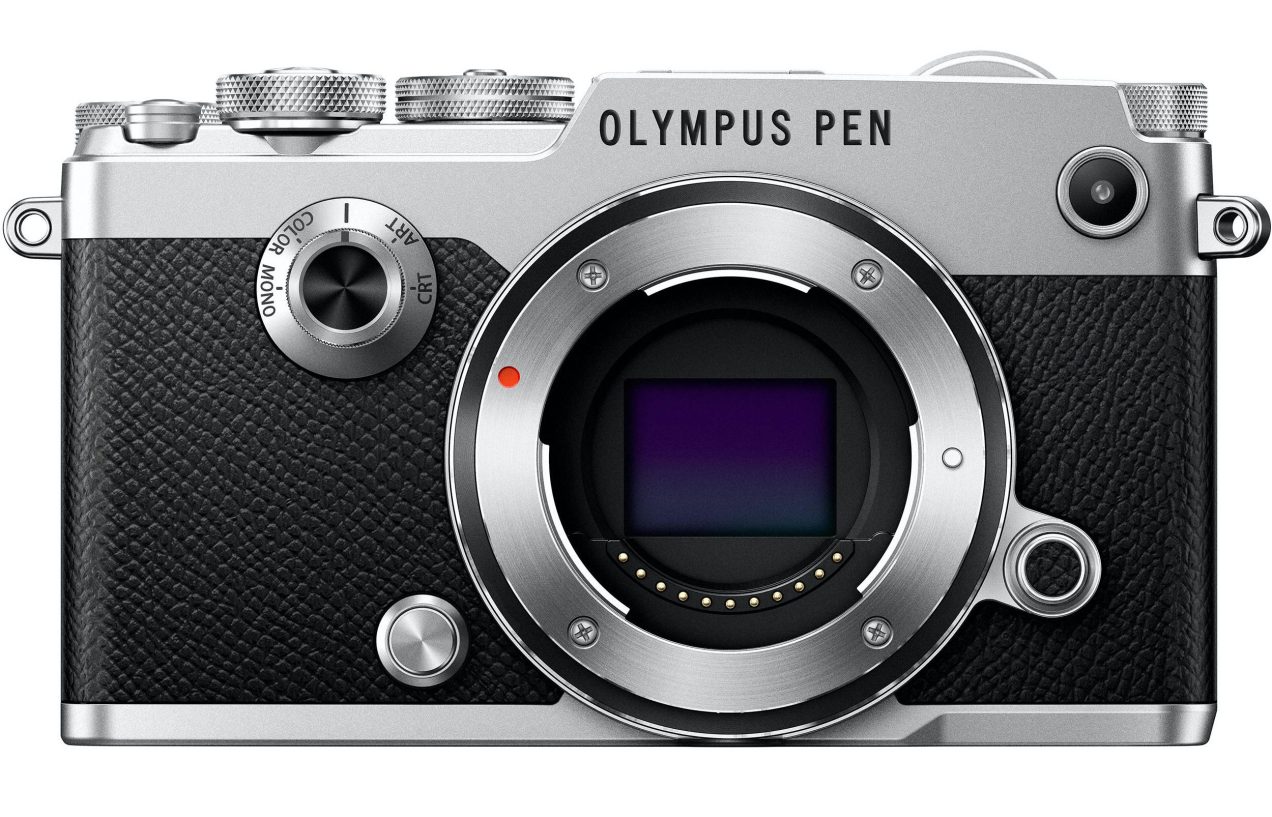 Back in 2018, as I was researching new cameras with a view to buying new camera gear, I wrote a detailed article and also made a video guide:

I thought it’d be interesting to share with you what I’ve done since then. What camera and lenses did I buy and why? Don’t worry, I won’t keep you in suspense. My gear page is a clear list of what I’m using these days. I thought I’d also take you into my photo catalog, so you can see exactly what cameras and lenses I’ve been using.

That partial list of cameras you see above is only part of the picture. There are over 92 cameras and scanners listed in my catalog, but that screenshot is important because you can see that most of the action is happening with Olympus cameras: there’s the E-3, E-330, E-500, E-510, E-P1, E-P2, E-P3, E-P5, and the E-PL1.

When we look at lists of the cameras used in each of the years since 2018, the picture becomes even clearer.

When you look at 2020, you’ll see a new camera: an Olympus PEN-F. I bought it this year, less than a month ago, and it is now my main camera. Not that it should come as a surprise, because you can clearly see that PEN cameras have been my main cameras during these past couple of years.

My new secondary camera is the Olympus E-3, a flagship camera launched in 2007. That’s right, it’s a 13-year old camera, but it’s so good! It’s designed so well, and it feels so comfortable to hold and use. The images are wonderful as well: clear, sharp, colorful. It’s also splashproof and dustproof. I couldn’t ask for more.

If you’re still worrying about resolution, please realize that 10 megapixel images are more than plenty for A4 prints (that’s roughly 8×10 prints). Even 8 megapixel images print just fine on A4 sheets, which is more than the size you’d need for a book of photographs. As for online uses, even a 2 megapixel image will do great. You don’t need a lot of megapixels! The extra resolution is nice, but it complicates storage and processing needs and it’s simply too much for most uses.

Back in 2018, when I wrote my article, I may have concluded that the best full-frame camera was the Sony A7RIII, but I also concluded in the video guide, that the best camera for me is the camera that fits my needs best. And when I sat down to think about the cameras I’d enjoyed using and taking with me (that’s the important part, the willingness to carry the camera along so I can take photos with it), I had to conclude that I enjoyed using Olympus cameras, and that I really liked the PEN line of cameras.

Using the PEN E-P2 back in 2010 was a photographic revelation. It was a new way of taking photos for me. It was such a joy to hold that camera, to frame an image in the viewfinder and to press the shutter button. The images were so good for such a tiny camera. To this day I regret not switching over right there and then, but I was so invested in Canon gear at the time.

So the natural thing for me to do, once I admitted this to myself, was to begin purchasing PEN cameras and MFT lenses. I had a couple of concerns as detailed below, so I proceeded slowly:

One way I love using my cameras is to shoot wide-open, to get proper separation between my subject and the background, and this was a concern as I began purchasing Micro Four Thirds gear: would I be able to get a shallow depth of field from cameras known for their high depth of field? The answer turned out to be a resounding yes, and it was the 45mm f1.8 lens that made me go “wow”.

Here is one sample photograph.

Another way I love using my cameras is in low light, particularly at dusk. With previous Olympus cameras that I’d reviewed, I knew I couldn’t go above ISO 800. I wanted to see if things improved with the newer PEN cameras. When I reviewed the PEN E-P2 in 2010, I went to ISO 1600 and 3200 and the results were usable, but not ideal. I also knew I hadn’t really tested the E-P2 fairly, because the widest lens I’d used on it was f3.5 at its max (it was the kit 14-42mm f3.5-5.6 lens), while for my other cameras, I had f1.4 lenses which obviously helped them gather much more light and perform much better in low light. Also, what had improved a lot over the years was the ability of software like Lightroom and Olympus Workspace (formerly known as Olympus Viewer) to apply good noise reduction to high-ISO images.

Incidentally, even with the aid of f1.4 lenses, I was thoroughly disappointed with the high-ISO performance of my Canon 7D over the years, to the point where I took to reusing my old Canon 5D in low light, so I wouldn’t end up muttering curses under my breath when I developed the images.

So once I bought the E-P2 in 2018, I took photos with it in low light once again, this time with proper wide-open lenses like the 17mm f/1.8 and the 45mm f/1.8 and I was thoroughly surprised at how well the camera performed. Here are a couple of samples.

These were developed in Adobe Lightroom, but I will say this: Olympus Workspace is much, much better at reducing noise in high-ISO images from Olympus cameras than Lightroom. If you’re disappointed with how your final images look after you put them through Lightroom, put those same images through Olympus Workspace and you’ll be surprised at the results. I know I was! Granted, it is slower to work with and it doesn’t offer all of the file management, presets and collections options that make it so convenient to use Lightroom, but it has no competition when it comes to getting the best image quality from your developed photos.

Seeing how well the E-P2 performed with proper lenses, I went ahead and purchased the E-P3 and the E-P5. I was also lucky to find an E-P1 in very good condition, so I bought that as well.

As I used them, I saw that things got better with each model, from the E-P1 to the E-P2, from E-P2 to the E-P3, and from the E-P3 to the E-P5, in terms of high-ISO noise management and many other things, to the point where photos taken in dim indoor lighting turn out like this:

I have absolutely no complaints about images like these, so naturally my concerns about the performance of Olympus cameras in low light went up in smoke, so to speak.

Once these two concerns — shallow depth of field and low light performance — were nullified, I could truly begin to use my PEN cameras as my primary cameras, and I began purchasing more lenses. I now have nine MFT lenses and two converters (macro and ultra-wide), covering a focal range of 9-300mm (equivalent to 18-600mm in 35mm format), so my needs are pretty well met. More importantly, I’ve proven to myself that I can use PEN cameras professionally, and that I can use Olympus cameras full-time for my photographic needs, which is what I’ve done since 2018.

I have had a soft spot for Olympus cameras for some time. My first proper digital camera was the Olympus C3000Z, which I used from 2004-2007.

From 2018 onward, I’ve used my various PEN cameras as my primary cameras, with my PEN E-P5 racking up the most shots at over 65K. Now of course the PEN-F is my primary camera and I’m very happy. When I sit at my desk, I keep it there in front of me and I admire its design as I work on my various projects. I love it!

So there you have it! I hope this was helpful in some way. Thanks for reading!