I can’t take credit for this cure. A life-long nurse told me about it a few years ago, and it’s worked for us ever since. I’m not sure if she’d be comfortable having her name revealed here, so I won’t do it. But I’ll always be grateful to her for the advice.

In a few words, cold sores are cured and even prevented by Lysine. Any brand should do. Just go to your local supermarket or drug store and pick up some Lysine pills. They’re white, round, medium-sized as pills go, and they’ll do a number on your cold sore. 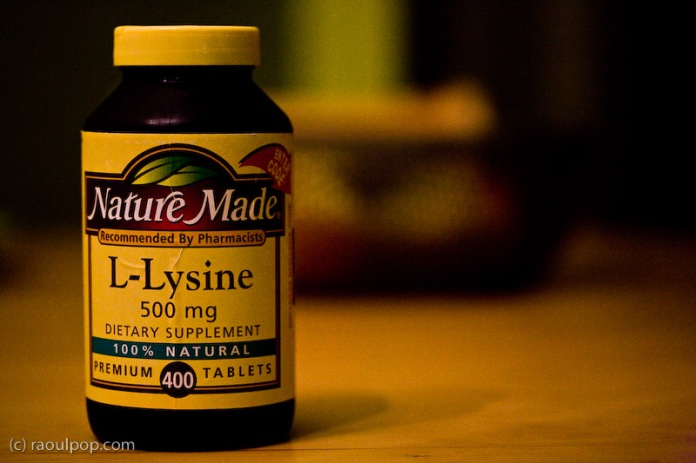 I, for example, have had these things since my childhood. Whenever I got stressed, or ate too much sugared stuff, or happened to be recovering from a cold or some other illness and my immune system was down, I got a cold sore. I used to be terribly embarrassed about them, and I still am, to some degree. Sometimes I’d get them four or five times a year, and each one took about 2-3 weeks to go away completely.

Now, whenever I feel that tingle in my skin and know that one’s on the way, I take a Lysine pill. You can take up to 3-4 pills a day, just don’t take them all at once. It’s not a sure-fire, 100% kind of thing, but I would say the overwhelming majority of the time, the cold sore doesn’t even show up on the skin. It just goes away. And when it does manage to break out, taking Lysine while you have it will make it go away sooner.

I don’t know why other cures don’t work, particularly the useless brand-name cremes that cost upwards of $20 for a tiny little tube (they only make things worse for me) — but inexpensive Lysine does the job just great. For less than $10, you get a huge pill bottle that will likely last you more years than you’ll remember.

This is something that my wife told me about, and has worked for me numerous times in the last several years. Want to know what will cure your burns quickly, lessen the pain significantly and immediately, eliminate the bubble of interstitial fluid that forms at the burn site, and minimize tissue scarring? 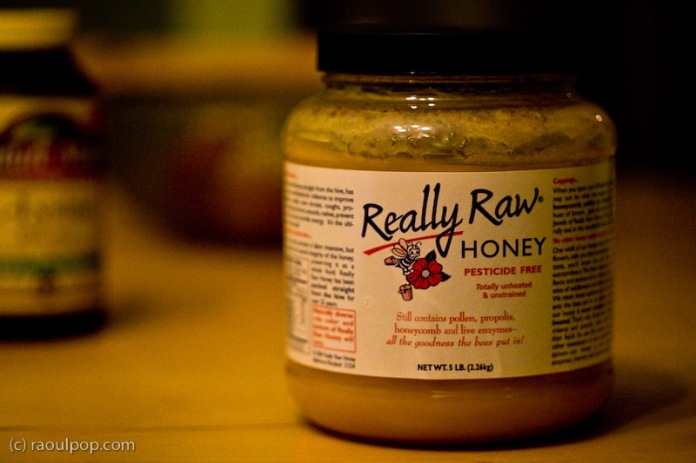 As soon as you’ve burned yourself, take honey (in as natural a state as possible — we like Really Raw Honey, but any quality honey should work) and spread it on the burn site. Keep it there for half an hour to an hour if possible. You’ll notice that the pain will go away within minutes, and that the burn site won’t swell up and form that painful bubble that can burst and leave your flesh raw underneath.

What about if you’ve burned your finger (for example) at work and have no honey available? (This happened to me a few months ago.) That’s okay. Put the burned finger in sugared water and hold it in there for 15 minutes or so.

I took some sugar from the coffee station and put about 4-5 teaspoons’ worth in a half a cup of lukewarm water. I mixed it as well as I could so it would dissolve, then I stuck my finger in there. It didn’t work quite as well as the honey, because I the burn pain continued for a couple of hours, though not at the same levels, but in the end, my finger didn’t swell up, and instead, the healing process began from inside, naturally. Look at the middle finger in this photograph. That’s how it looked a few hours after I’d just burned it severely by accidentally grasping a burned piece of Pop-Tart where the sugar was in the process of carbonizing (past the melting point). 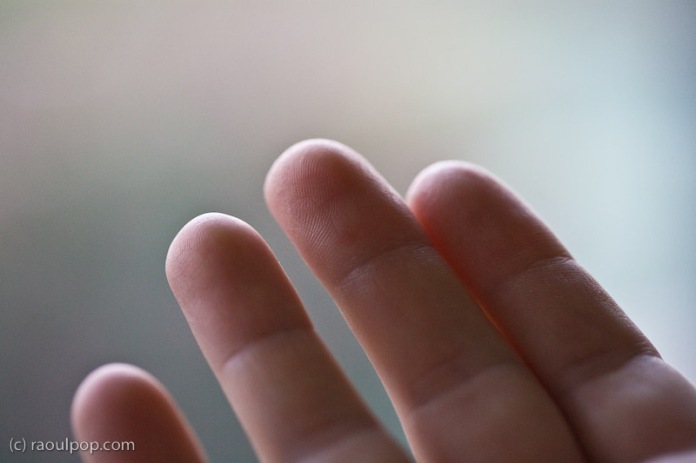 You see nothing wrong with the finger, right? Well, that’s the idea! Other than a small numbness at the site, and pain when pressing on it, my finger was fine. After several days, the dead skin peeled off, again with no pain, revealing the fresh new skin underneath. 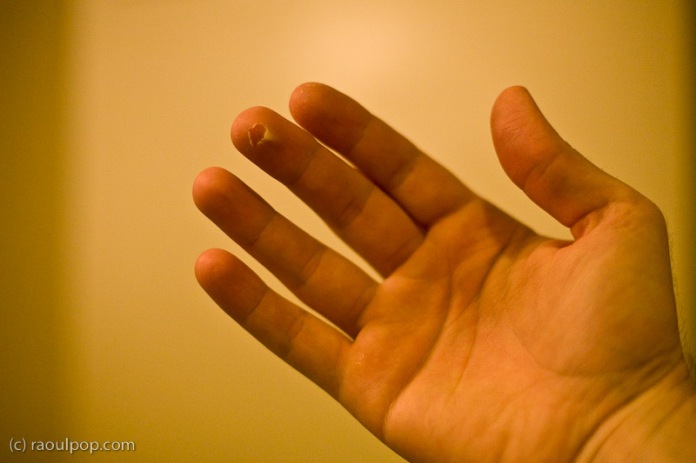 I know it’s hard to believe this sort of thing, but trust me, honey is a miracle cure for burns. Try it out when you next burn yourself and see what happens.

If you suffer from frequent tension headaches, like I do, the following list of habits might help you prevent them. These are things that work for me:

I’ve found that if I do these things, I have tension headaches much less frequently, and I don’t need to load up on Ibuprofen or other headache medication, which is always a good thing.