This post is a continuation of my series on Walt Disney World.

Lights, Motors, Action! is one of the shows at Disney MGM Studios. It runs only a few times a day, and it involves tightly coreographed action and stunt sequences with cars and motorcycles. The setup is that they’re filming scenes for an upcoming action movie. The truth is, they’re just trying to involve the audience a little more. I have mixed feelings about making everything seem like the movies, but I can certainly agree with this: the show and the stunts are great!

The set is built to resemble a small, Southern French town.

There’s an introduction, where the audience is told what to expect, then the stunts begin, with little breaks to allow the crew to set up the various scenes. 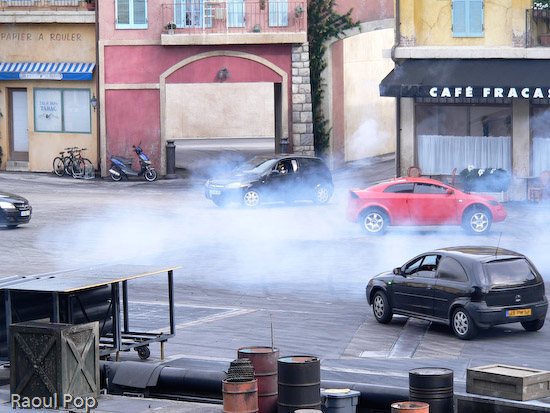 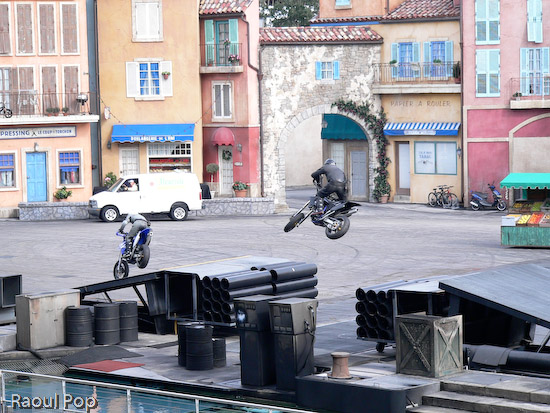 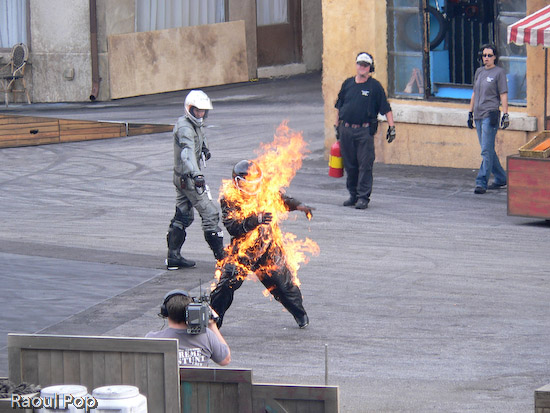 I understand the stunt drivers go through a set of tires in three days, and since the show began, they’ve worn down the pavement on the set by several inches, and it will need to be repaved. There’s also a surprise: you’ll get to see Herbie during the show! 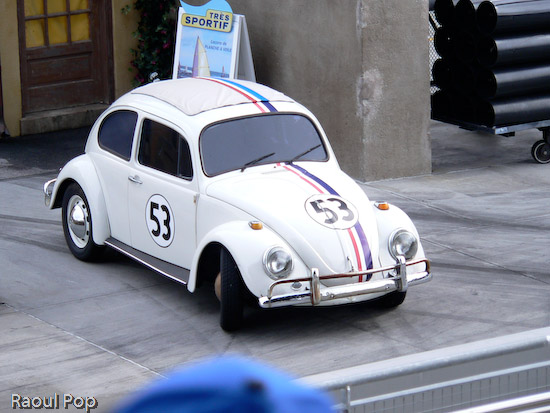 One thought on “Impressions from Walt Disney World – Part 3”