Olympus has been working on their new flagship DSLR, the “new E-1”, now called the E-3, for some time, and word is that it’s going to be launched later this year, possibly in November, or sooner. I’ve seen some concept photos of the new E-3 body, and it looks pretty sweet. They’re not the final version of the camera, but still, I think the E-3 will look pretty close to the photos you see below. 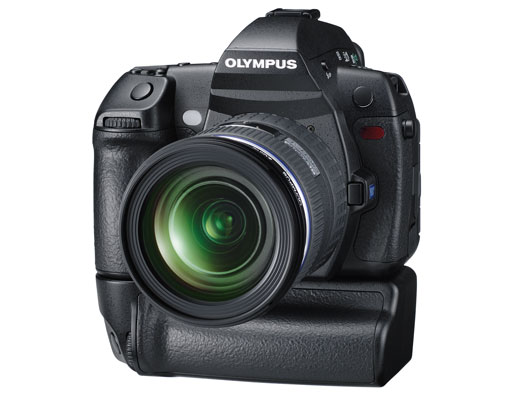 At the Olympus press event I attended on 8/1, I got to play with an old E-1 that belongs to Gene Hirschel of Internet News. The body was surprisingly light and sturdy, and I liked the various on-camera buttons that gave me direct access to functions like ISO, bracketing, white balance, etc.

I really liked the shutter action. It was unlike any other DSLR shutter I’ve tried. The movement was soft and made very little noise. It was muffled, but it felt great to keep pressing the shutter button. I took quite a few photos with it in the span of a few minutes. This is the body of the old E-1: 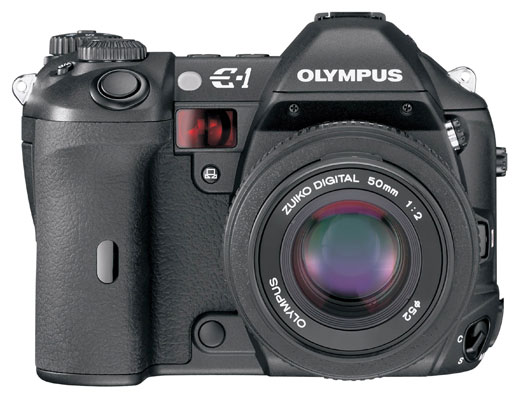 Have a look at the rest of the photos posted below and compare the existing E-1 body with what could be the new one. I’ll be very interested to test and review the new E-1 when Olympus launches it this year.

As you can see, the old E-1 came with a round eyecup, but the new one will likely get the more standard rectangular eyecup. The LCD screen will also be bigger, and quite possibly swivel out, since it will have the innovative Live View feature. 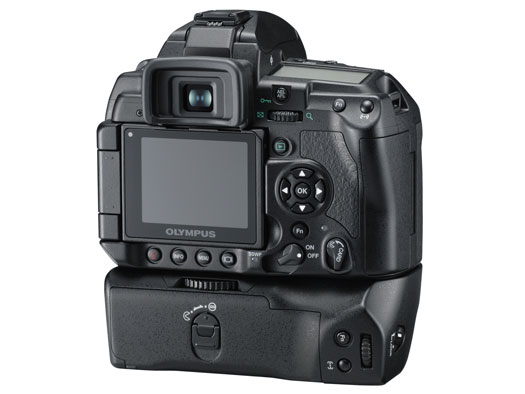 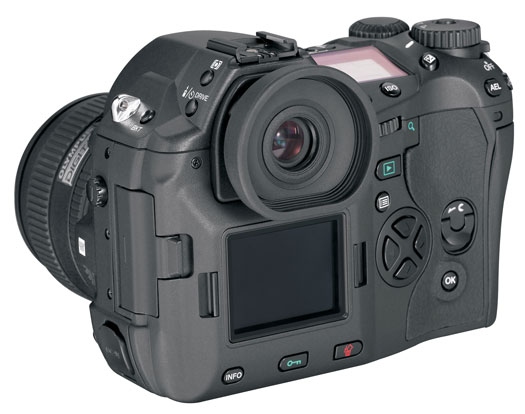 It also looks like the new E-1 will have a recessed function dial, like Canon DLSRs. I really do think that’s more useful than the fully exposed dial. Having it right there, next to your index finger, saves time, as you don’t need to take your hand off the grip to adjust settings. As a matter of fact, it looks like both function dials will be recessed, which is something I haven’t seen on other cameras. I also like the new On/Off switch. 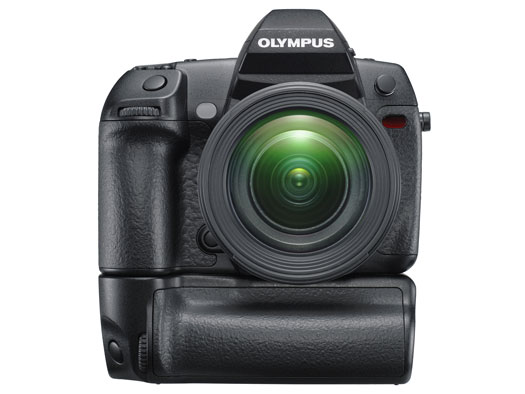 I also spy an on-camera flash, which would be a new addition. The old E-1 had no flash, much like the Canon 5D. Personally, I prefer no on-camera flash. It’s always better to use an external speedlite, but I guess it is useful for most people to have a simple little flash they could use if they needed it.

All in all, I’m pretty excited about it. If it looks anything like the concept body in these photos, it should be a wonderful design.