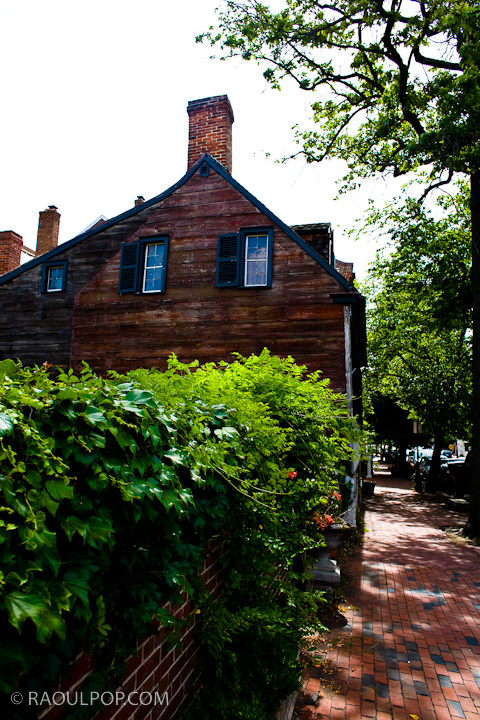 The John Douglass Brown House stands apart from the rest of the houses you see in Alexandria because of the choice of its building material: wood. (Most of the houses in that part of the town are brick.) The simple, rustic architecture talks of an early, more modest beginning as a farmhouse, not a townhome for a wealthy trader, like the rest of the places around it. 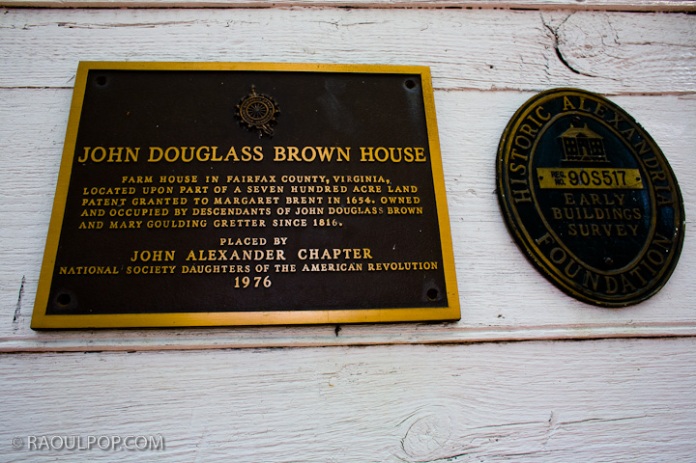 Built in the 1700s, the house was owned and occupied by the descendants of the John Douglass Brown and Mary Goulding Gretter from 1816 until the 1970s-80s. When we visited it (it’s not open to the public), not knowing anything about it, we realized something was different nonetheless, and began to look at its exterior more closely. 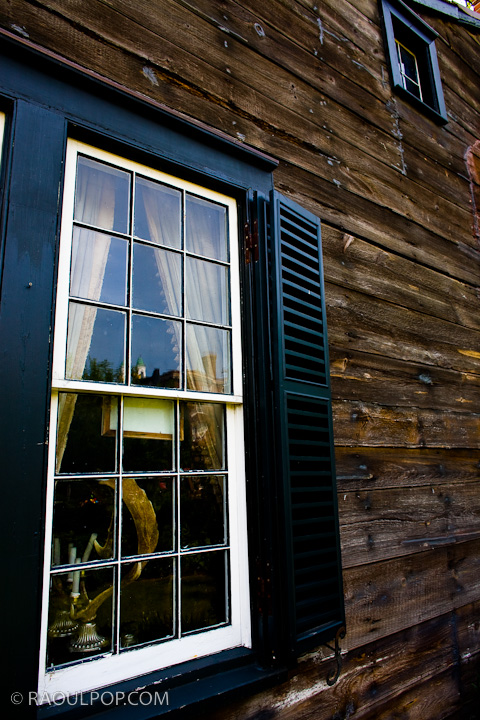 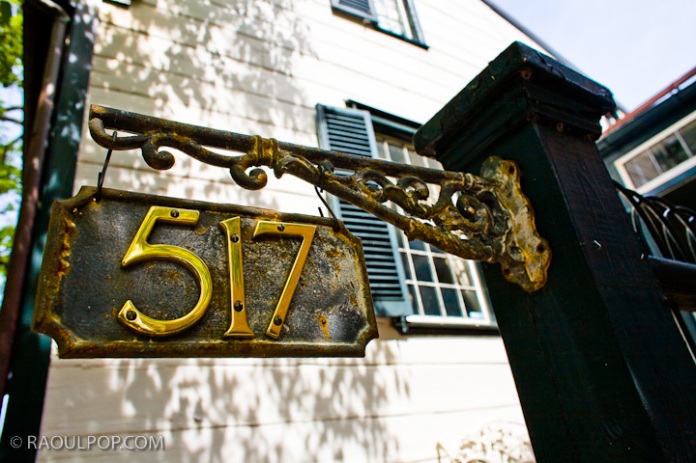 The neighbors came out, and we talked to them. They graciously offered to introduce us to its current owner, Mr. Charles J. Reeder, who couldn’t have been nicer. We got to talking, and asked if we could come inside the interior courtyard to photograph it. He allowed us in. 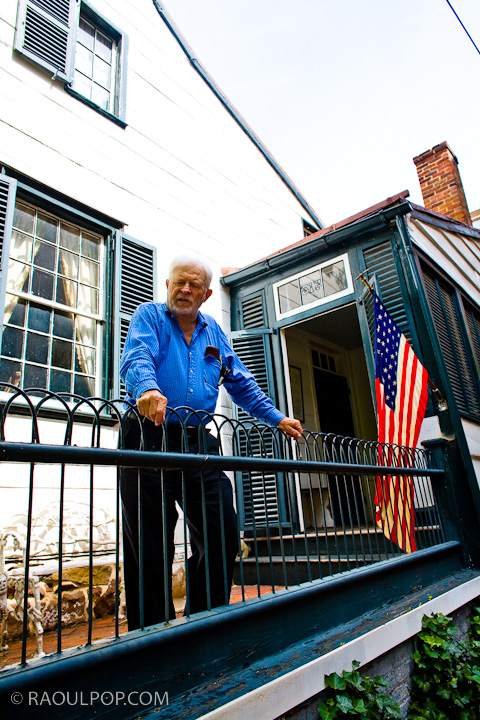 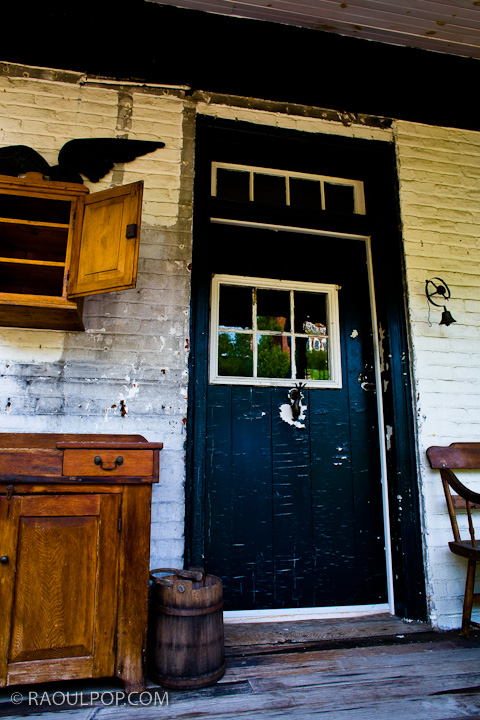 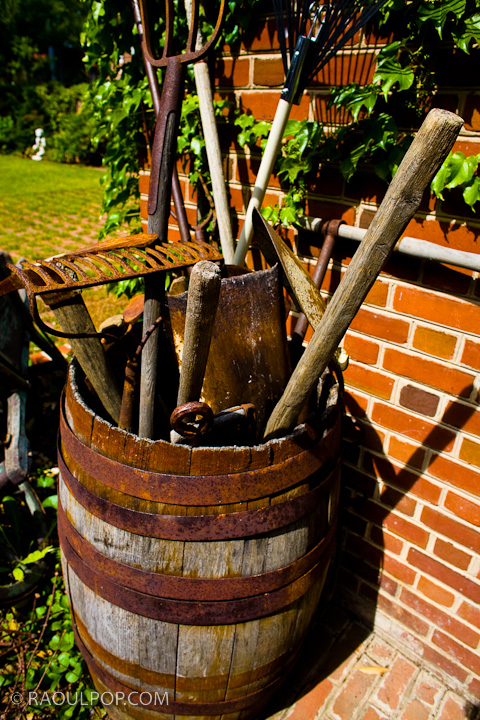 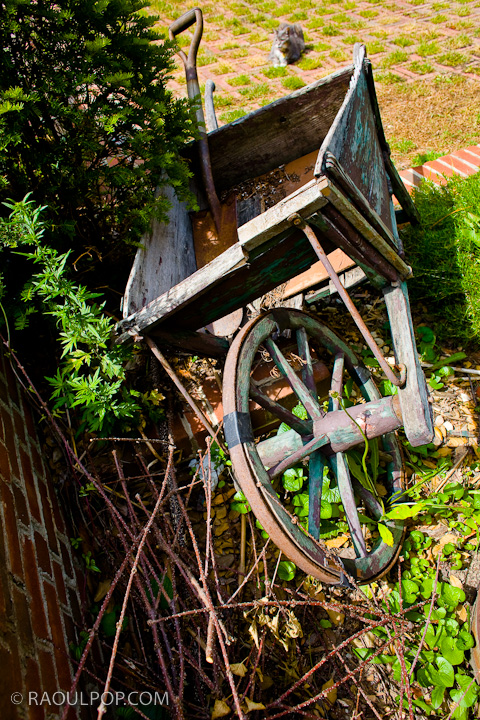 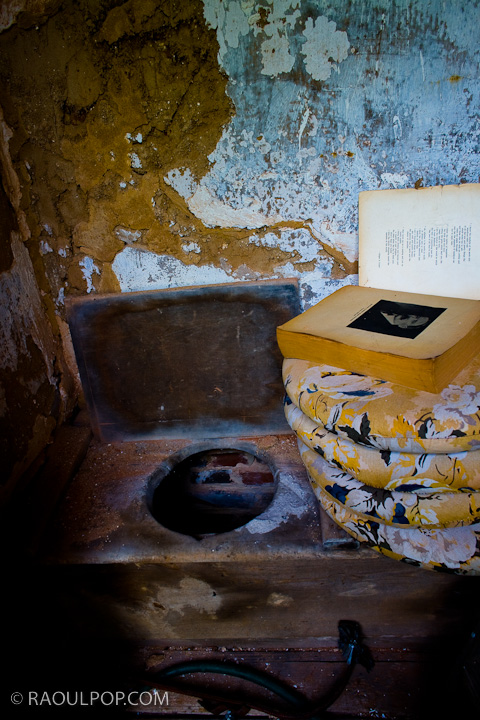 As we talked a bit more, he softened up and offered to let us see inside the house. Imagine our delight! This was an historical home, NOT open to the public, and its owner had just offered some strangers the privilege of entering it. Of course we went in and tried to be as respectful as possible of our surroundings. 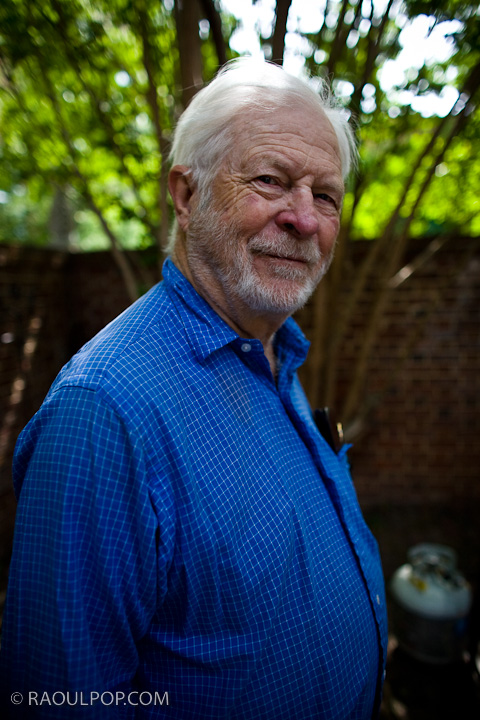 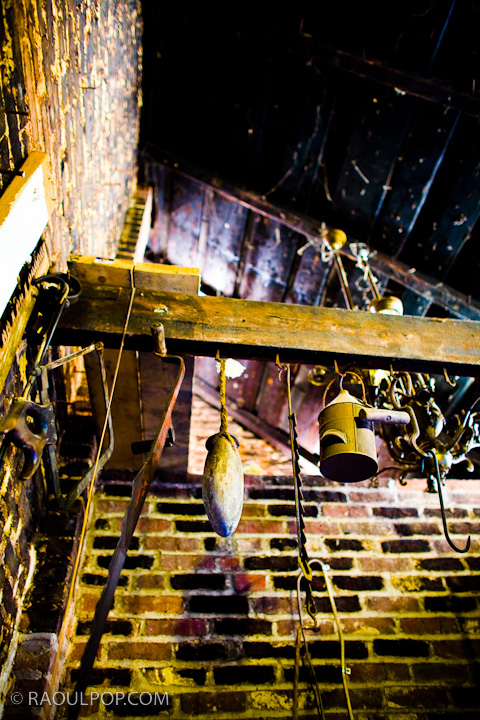 What you’re seeing here is a series of photographs that I haven’t yet published, even though it’s been about three years since I’ve taken them. I called up Mr. Reeder today and obtained his permission to publish these photographs. A real gentleman, he said yes, and he gave me permission to publish a few of the photos I took of him inside his home as well. He also mentioned that he’s put the house up for sale this year, so if anyone’s interested in purchasing a real Virginia farm house located smack dab in the middle of Old Alexandria, now’s the time to do it.

Here’s the kitchen, with its huge fireplace. 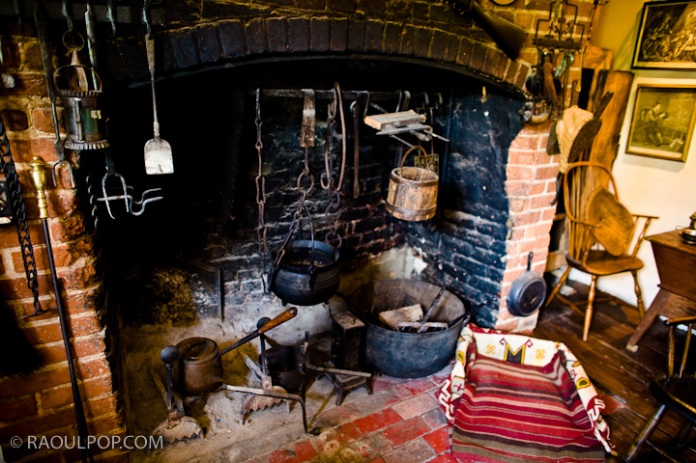 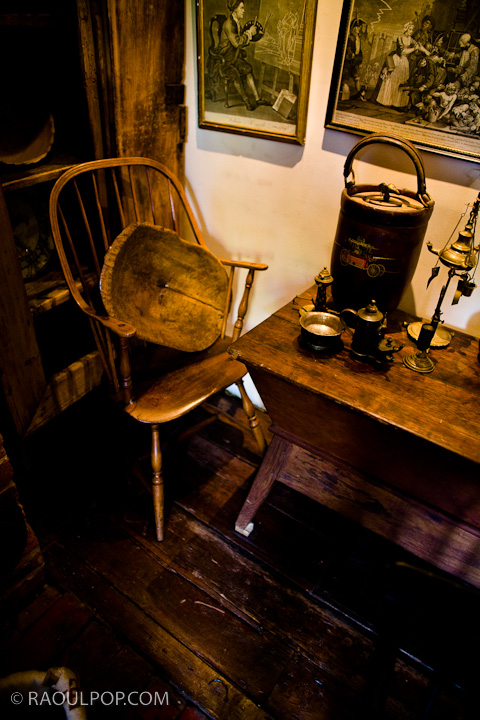 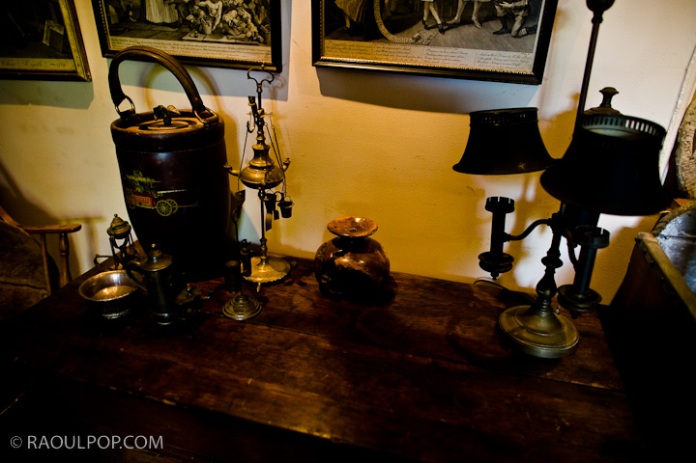 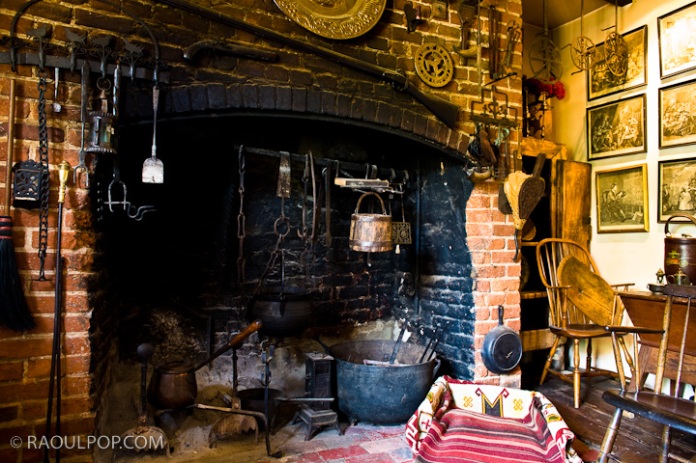 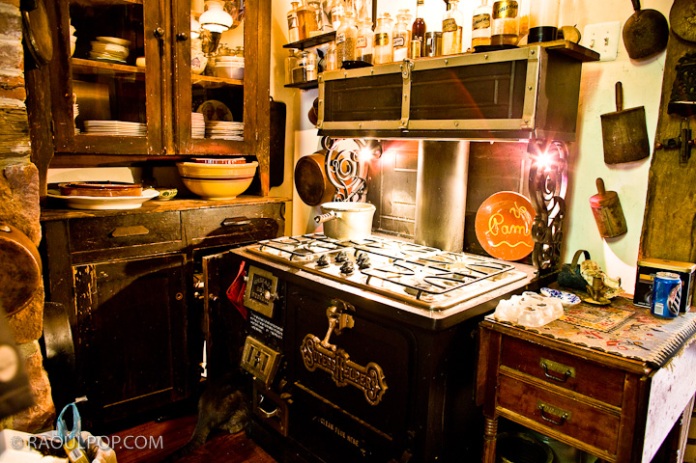 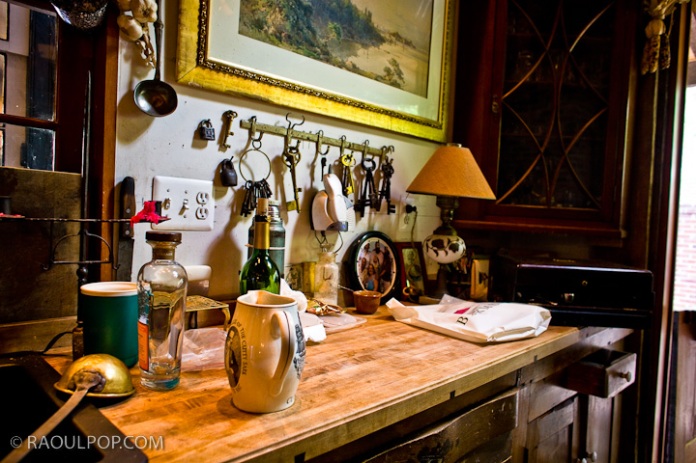 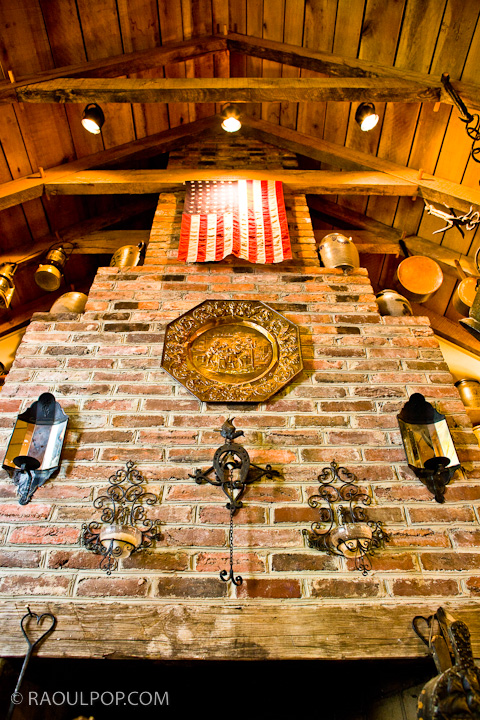 Various historical documents hung on the walls in the hallways. 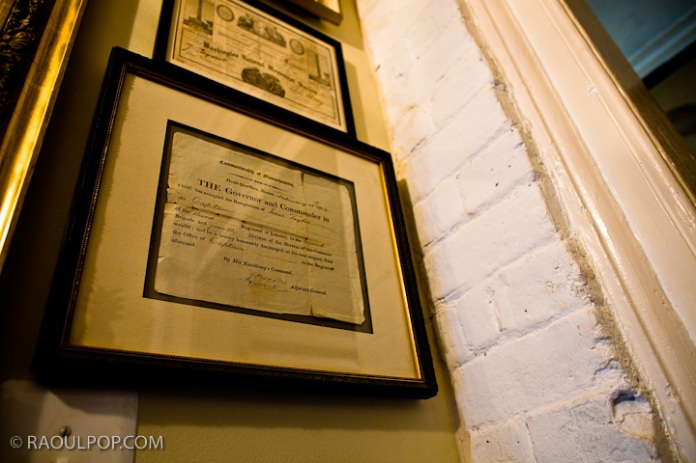 Portraits of George Washington adorned the walls of the living room. If I recall correctly from my conversation with Mr. Reeder, Washington spent time at the house. 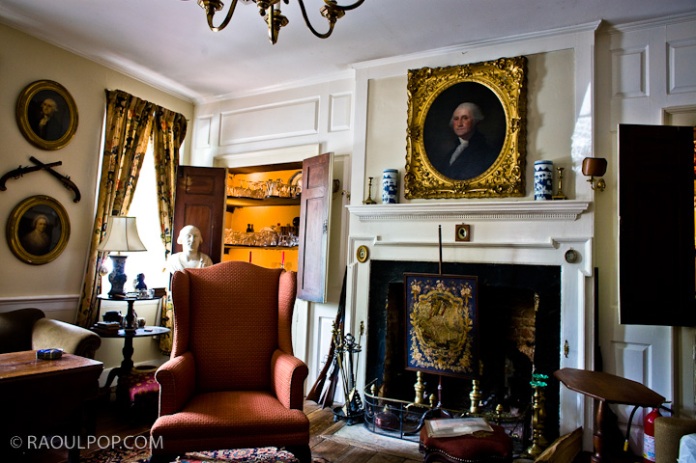 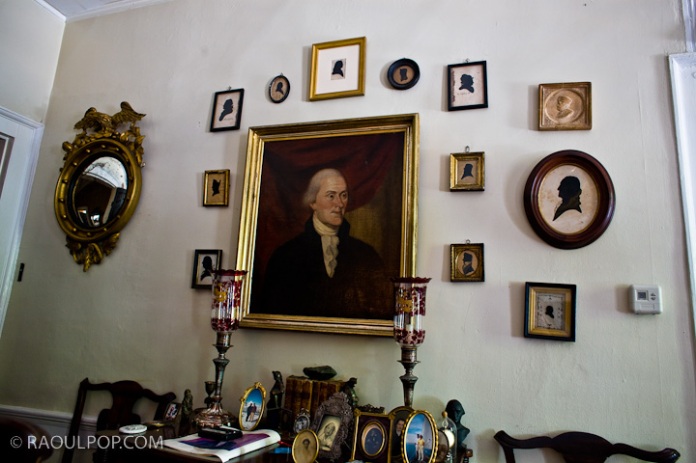 This is a real family portrait collection. You can truly see the generations of people here: not just one or two, but several. It’s a beautiful mix of old and new. 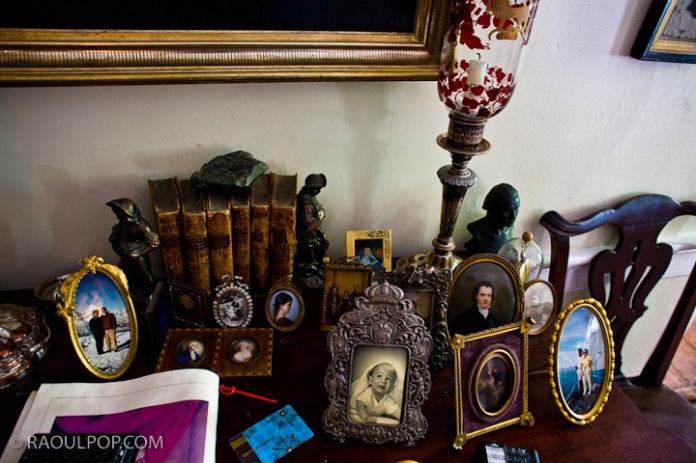 This is what I consider to be a typical American living room: you see history, guns, art, a few drinks, and a gentleman in an armchair. Those of you who dislike guns probably associate them with idiot rednecks who take their kids to the range to shoot up cars. Have a look here, this should give you the proper idea.

Don’t you love the charm of this old dresser? 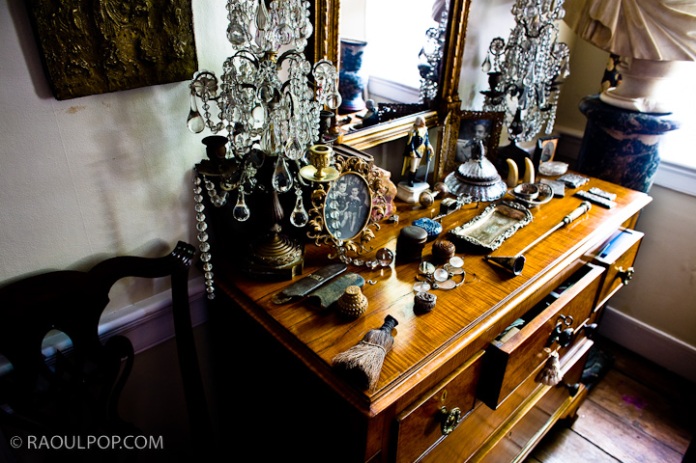 The library, filled with old books. A glorious sight. 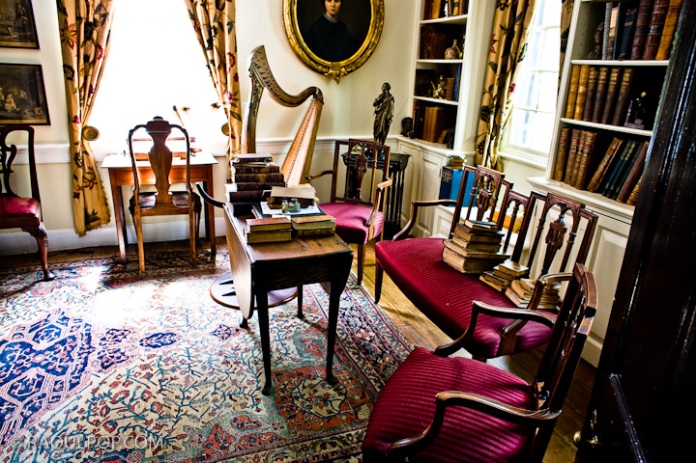 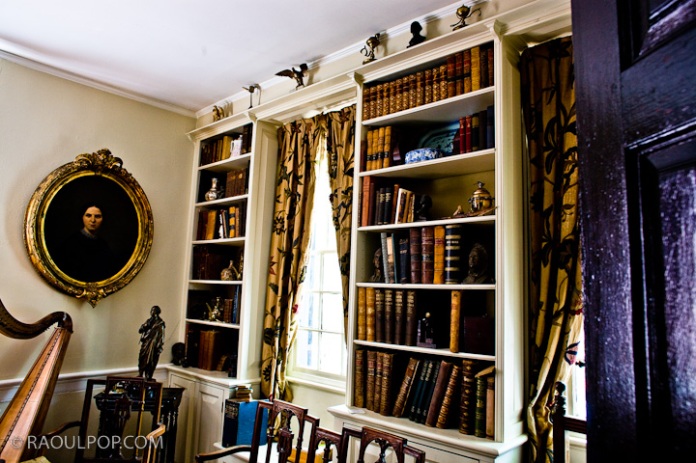 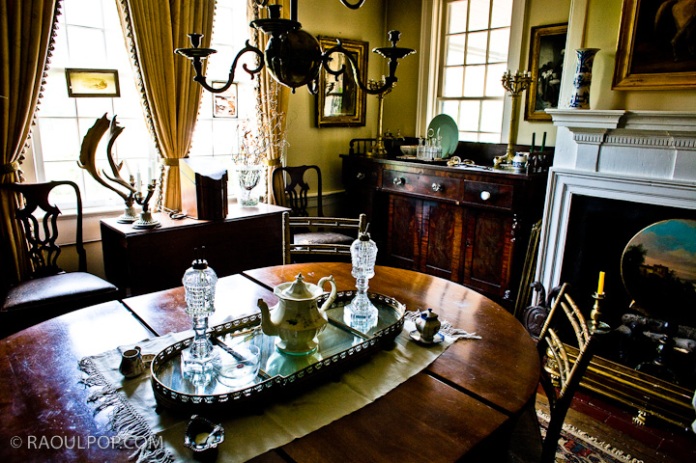 Mr. Reeder had a large, wall-sized Chinese painting made up of several panels. He was trying to get it restored, and I helped him by taking a photo of the mural he could send to the restorers in order to get a quote. I wonder if he did get it restored in the end? I forgot to ask when I talked with him today.

Here’s a detail from the painting. 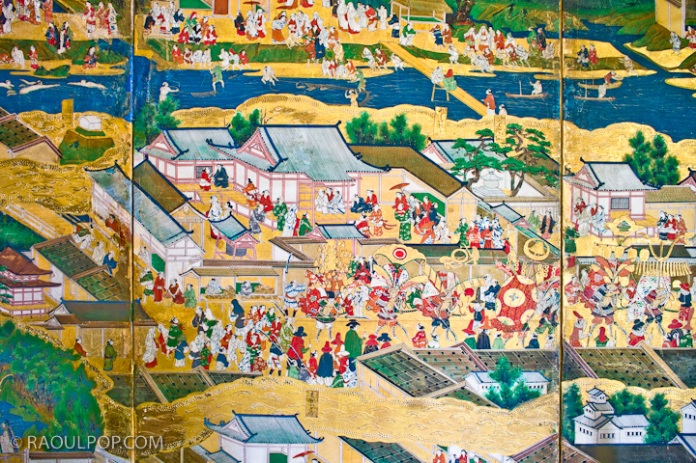 As we left the house, I took a photo of the mailbox. 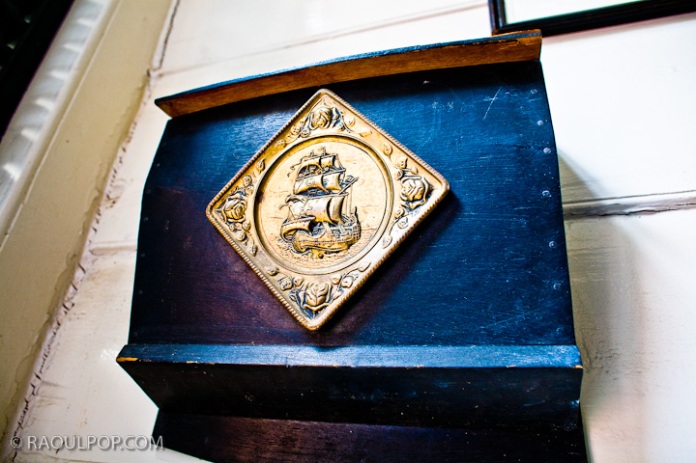 Many thanks to Mr. Reeder for the gracious tour of his home, and for allowing me to publish the photos!

3 thoughts on “The John Douglass Brown House in Alexandria”