This weekend, we spent an afternoon on the Transfăgărășan Road, in the Făgăraș Mountains of Romania. (Trans-faragarasan → “Trans” = across and “Fagarasan” = the specific mountains which it crosses.) I enjoyed driving its challenging curves (Ligia not so much) and later we both enjoyed walking and meditating in the mountains. I also took photos (naturally) and I hope you’ll enjoy them.

This is how the mountains look as you approach them from E68, after you pass through a village called Cartisoara.

At the top, it was fairly crowded. I tried to avoid the crowds as I took my photos. Some people were hiking, others were stuffing their faces. Not sure what it is about the top of a mountain that makes people so hungry. It’s not as if they climbed it — they drove it. There were loads of cars in the parking lot.

This is what the slopes to the top peaks looked like. Although it’s summer, we were fairly high up (above 2,000 meters in altitude) so the weather was foggy and fairly cold (10-15 degrees Celsius).

Since it was too crowded and noisy at the top, and the smell of cooking pervaded the air, Ligia and I decided to drive on past the main peaks and we stopped further down the road, where it was nice and quiet. That’s Ligia hiking toward me. 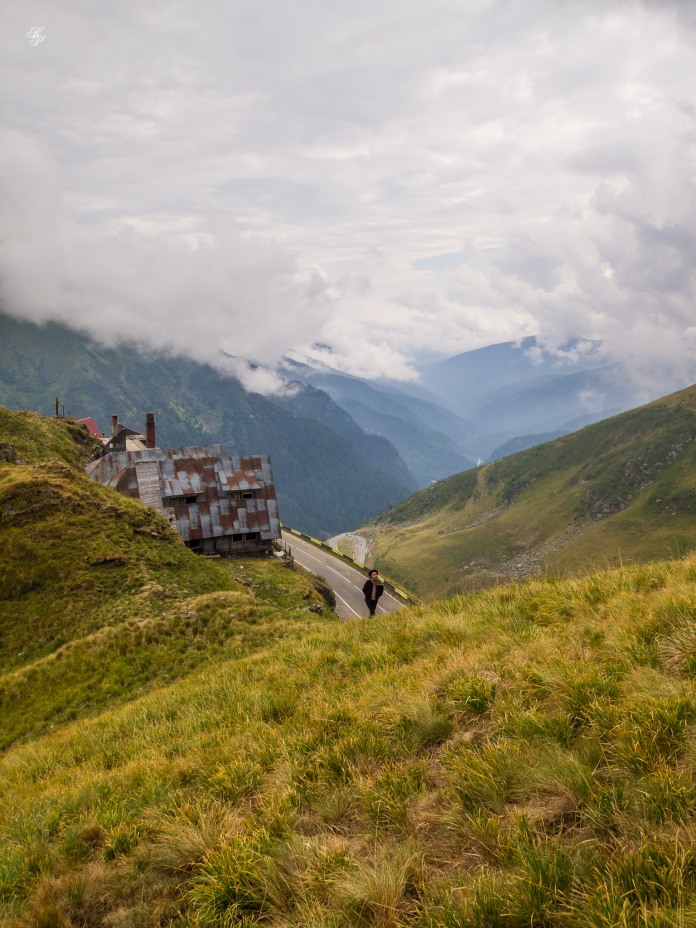 The views only got better as we went higher up. The black dot in the center of the photo is Ligia.

I’ll let this three-photo panorama show you what I mean. I left the white space unmasked on purpose, to show you everything the camera captured.

Here’s a close-up of the left side of that pano, showing the twists and turns of this picturesque mountain road. 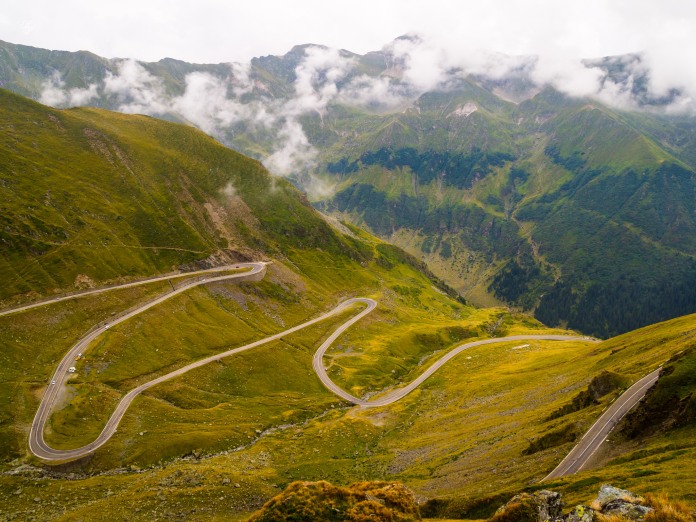 We stopped to meditate and enjoy the tremendous beauty before us where the rock face turned sharply upward and climbing by foot became dangerous (we had no climbing gear with us). As we sat there, fog from the valley rose up alongside the cliff, joining with the clouds. 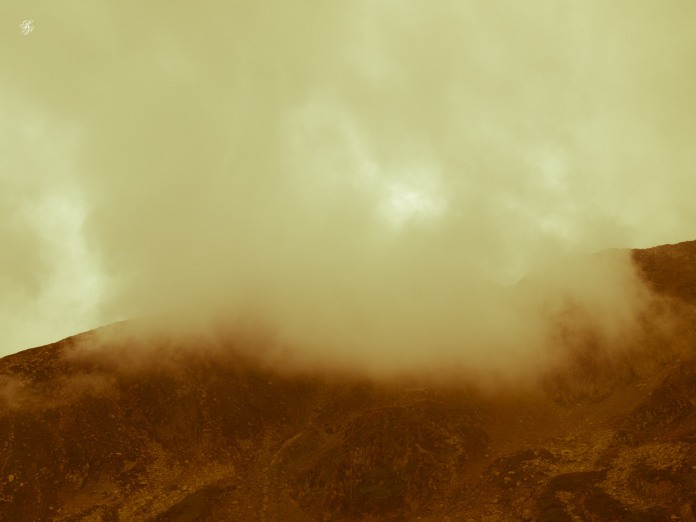 We climbed down refreshed and clear-headed, and as evening drew near, we wound our way down toward Sibiu and home, but not before taking another panorama of the Transfagarasan.

Here’s another photograph that shows the spread of the road in the valley below.

As usual, if you’ll go through gallery below, you’ll find photos that I haven’t shown here. Enjoy! 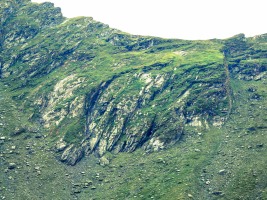 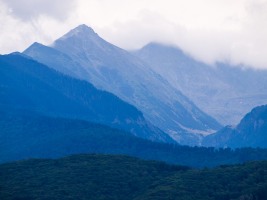 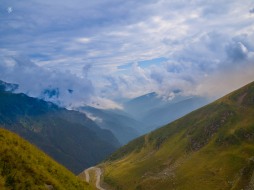 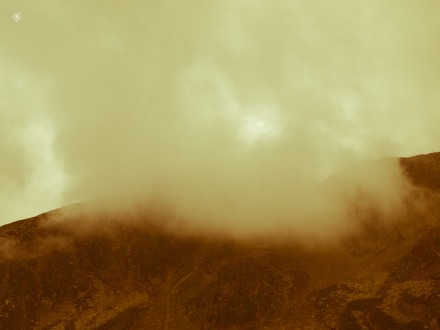 4 thoughts on “An afternoon on the Transfagarasan Road”