Question: what do you do if your child gets sick on a weekend in Romania?
Answer: nothing; not an effing thing, not unless you want to deal with Romania’s state health system.

Sophie got sick over the weekend. We initially thought it was a mild case of heat stroke. Now we think it’s enterocolitis.

We don’t frequent state-run hospitals in Romania, because the doctors and nurses are more often than not undertrained and uncaring unless you bribe them, and the facilities are incredibly dirty and overrun with filthy, smelly “citizens” — you know, the kind of “citizens” who don’t contribute a cent toward the very services they overrun.

When she started to complain of a headache and tummy ache and started to go limp in Ligia’s arms, we panicked. We thought, okay, let’s hop in the car and drive to the private Polisano hospital in Sibiu, which is where we typically go on the rare occasions when we need medical care.

An aside: we don’t go to the state-run hospital in Medias, which is where we live, because it’s packed full of the same medical staff I mentioned above and is also full of the same “citizens” in its waiting rooms. The last and only time we tried using the emergency room at the hospital in Medias, Sophie could have literally died for lack of care and concern on the part of the staff, who were more concerned with the “citizens” than with tax-paying, hard-working people like us. But hey, the SMURD helicopters can fly low right over our houses to ferry the dirty dipshits to the emergency rooms, waking us up and scaring our children at night, because why not, dirty dipshits are more important than tax-paying, law-abiding, decent people.

Back to Polisano. Turned out they were closed on weekends. What kind of a hospital is closed on weekends?! So there were no private, paying alternatives for people like us on a weekend. We were pointed in the direction of the state-run emergency room.

We walked in. It was chock full of dirty, smelly “citizens”, some of them yelling at the nurses. Some dipshit was yelling about suing the hospital, so everyone could hear him. The door to the treatment room got slammed into his face by one of the nurses (good on her). There was grime everywhere in the public areas, even on the walls. There weren’t enough chairs. “People” were standing up, emanating the unmistakable stenches of unwashed sweat, layers of it, that had been alternately drying up and getting wet again on them for days on end. NO way we were staying there. We walked out with nowhere to go.

Thankfully, Sophie started feeling better. We took a walk through Sibiu’s historic district with her. We held her in our arms. When we got back to the car, she started complaining again about aches. We were at a loss, with nowhere to go.

I got in touch with my dad, who is a doctor — albeit not a pediatrician, but a psychiatrist and a damn good one if I might add. He lives in another part of the country, so he couldn’t see Sophie personally, but judging from her symptoms, he eliminated heat stroke and pointed us toward the likely possibility of enterocolitis, probably contracted at the kindergarten. We picked up some furazolidone for her from the only pharmacy in town open 24 hours and drove home.

As a last reminder of how shitty the healthcare system is in Romania, the hallway leading up to the pharmacy stank to high heaven of a filthy mix of old perspiration and urine. I complained to the pharmacist, who apologized and said about half an hour before me, a gypsy woman had come in for something and left the pungent odour behind her. The pharmacist had opened all of the windows to air out the stench, but it was stubbornly clinging to the space. 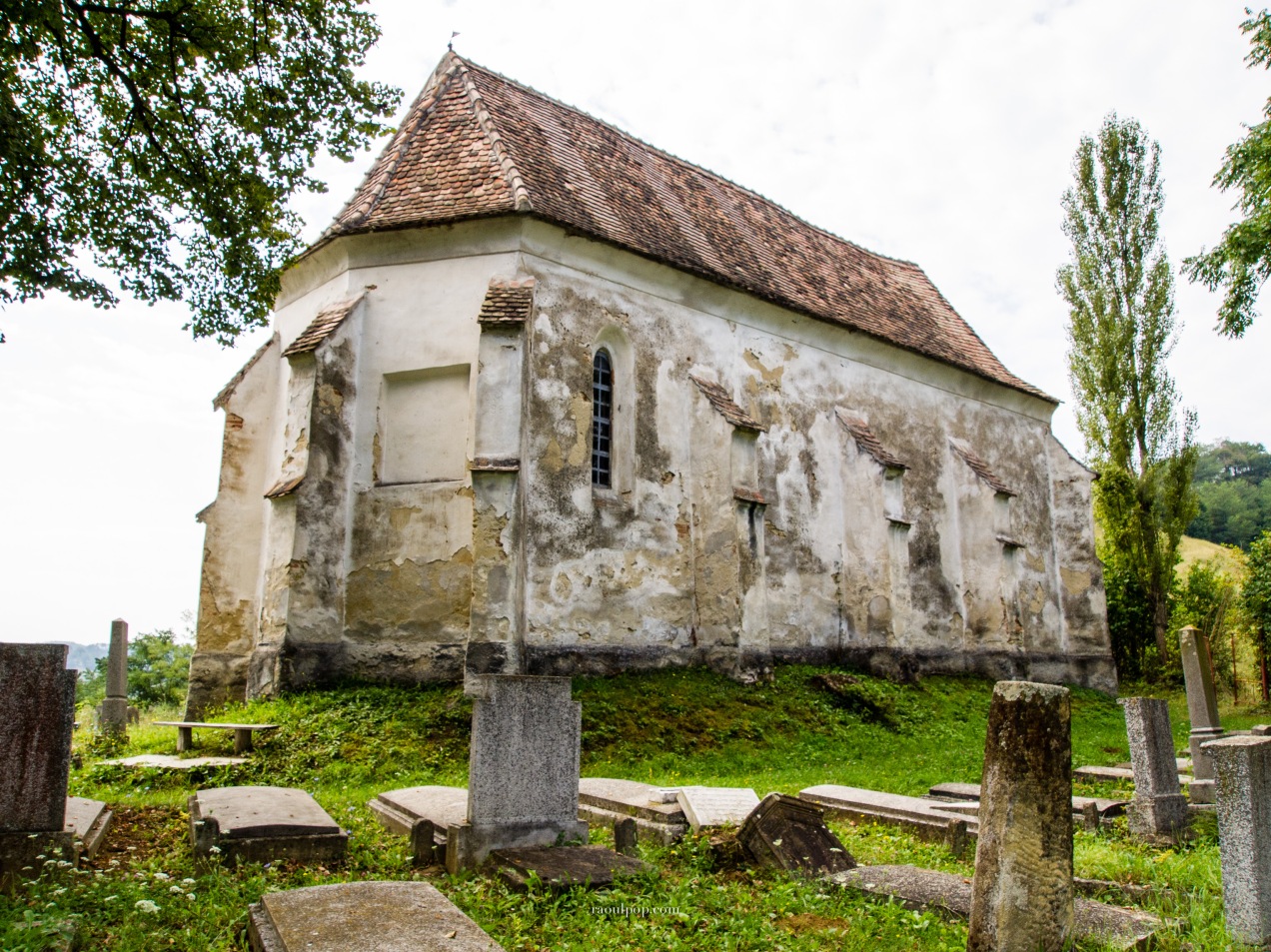 Atel (Hetzeldorf) is a larger village in Southern Transilvania with a beautiful fortified church. The church is undergoing renovations and is closed to the public but the hills surrounding the village were certainly open and welcoming today, as we took a short hike to enjoy nature. In case you’d like to visit the place yourself, here’s a link to the spots we saw.

We’d come to get a bit of fresh air and as we were walking around with Sophie, exploring the flowers and the bugs and the birds and listening to the various sounds the latter two made, we spotted a building up on the hill, looking somewhat deserted. We decided to pay a visit and see what it was. It turned out to be the somewhat deserted church of the Saxon cemetery which overlooks the village.

If you don’t know the story of the Saxons of Transilvania, you need to read this. It tells only part of the story and obviously none of the heartache of the departure from their places of birth, but the deserted graves, tilting and knocked over by time, including the cobwebs on the church door, tell the story of a people that are no more, with only remnants here and there. These people built these magnificent structures and sturdy homes that have stood the test of time and now they are here no longer. Atel is only one of the many, many Saxon villages spread throughout Transilvania but for some reason, seeing all those graves in disarray made me realize how few Saxons there are left and what good work they’ve done over the many hundreds of years they were here.

I hope you’ll enjoy the photos and as usual, if you’re interested in using any of them, please see my licensing terms. 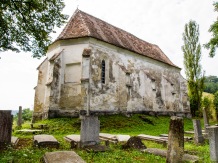 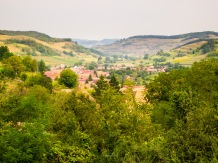 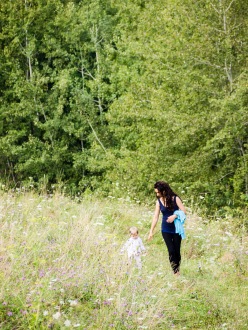 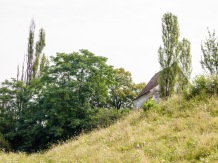 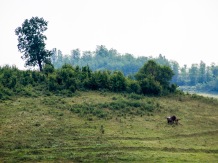 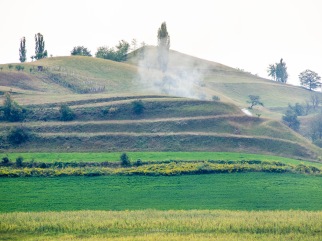 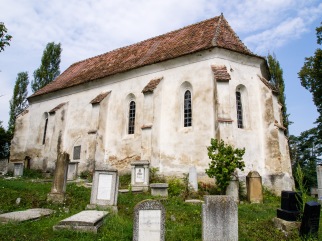 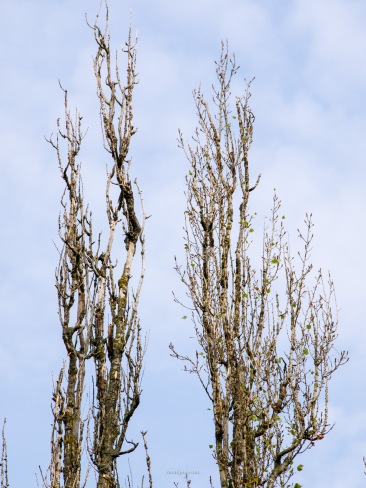 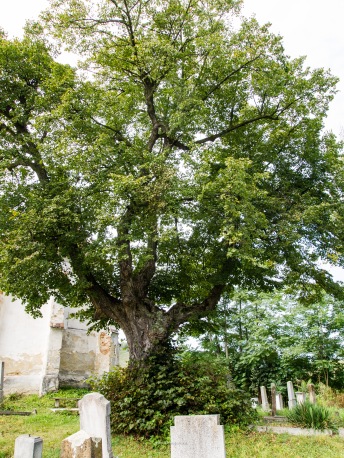 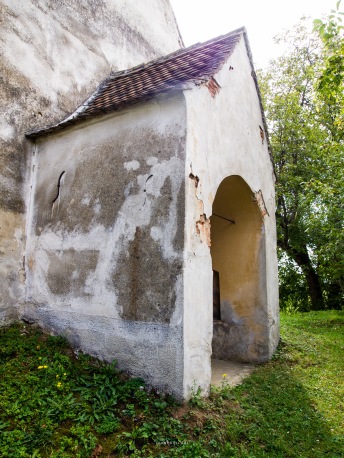 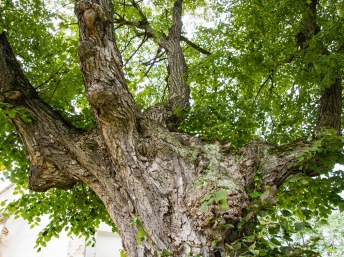 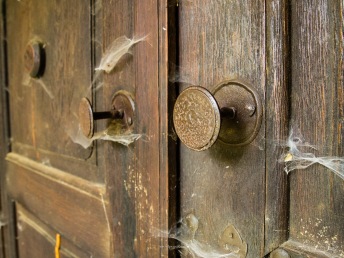 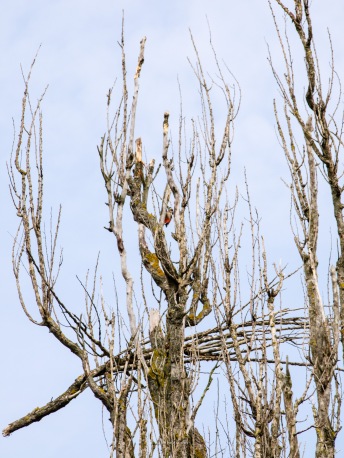 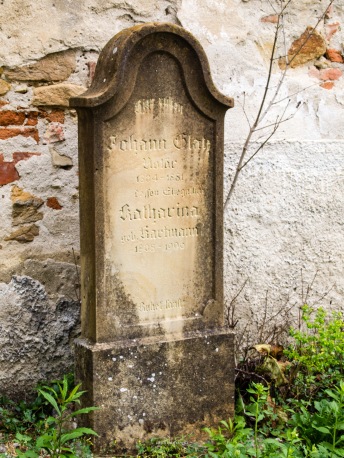 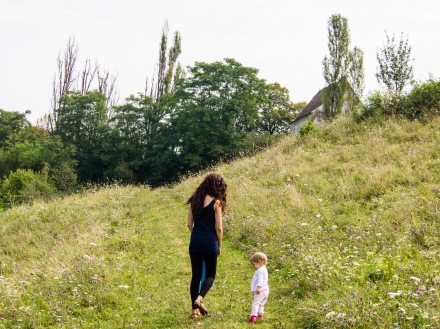 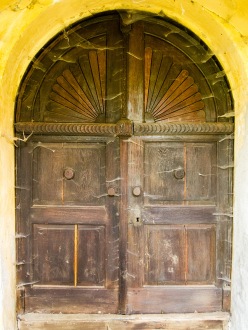 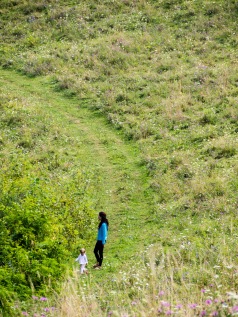 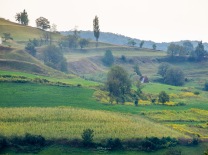 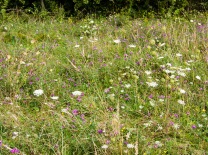 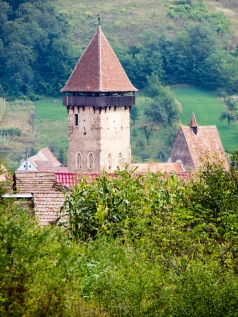 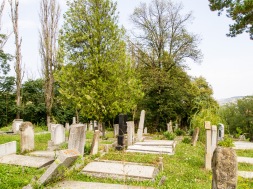 Happy Independence Day everyone! This is our daughter Sophie 🙂 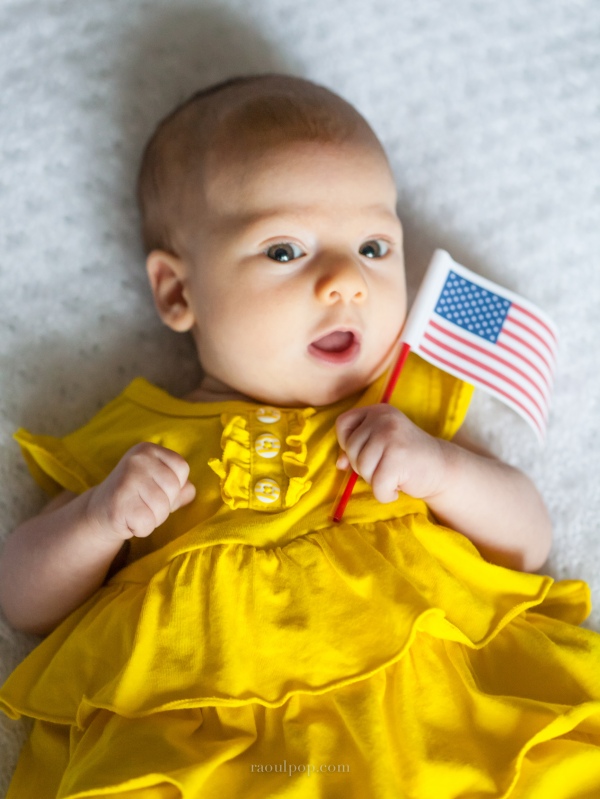 Exactly one week ago at this very hour, our daughter Sophie was born into this great big world of ours. We’re so thrilled to have her. She’s a joy to behold and a joy to be with: peaceful and lovely, an enchanting little angel. We were a couple before and now we’re a family. And I’m a daddy, which is a notion that still floors me.

The best part is that Ligia and I both wanted a daughter. To make it even more interesting, we kept the gender a secret from ourselves till the very climactic end, when the midwife set the freshly born Sophie on Ligia’s chest and we learned that our wish had been granted. 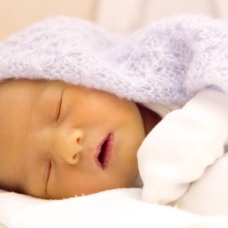 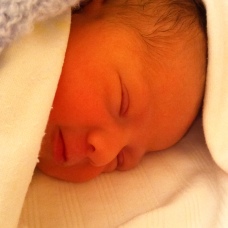 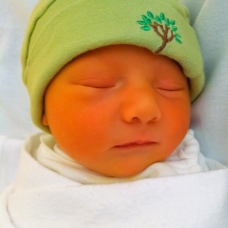