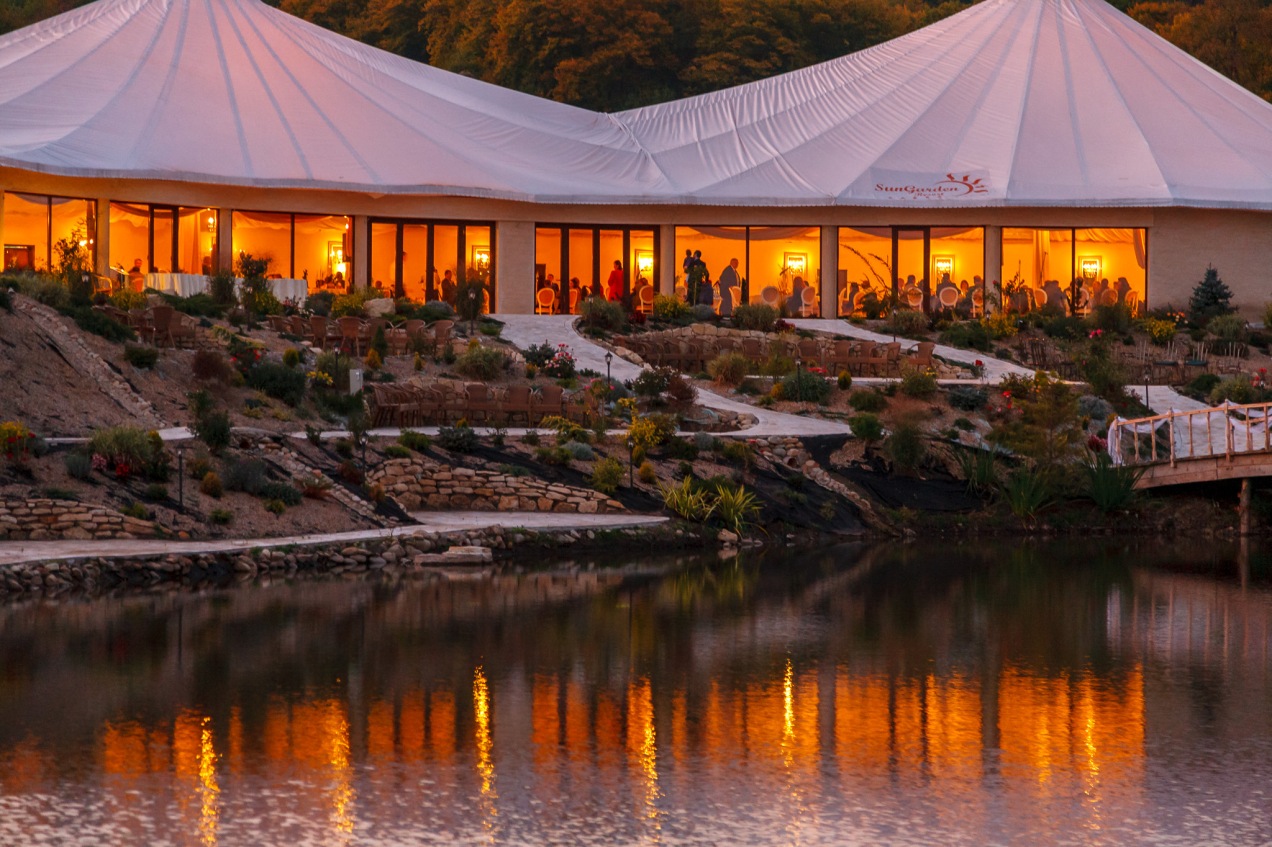 As I say in person to anyone who asks me and as I also state here, I do not like to photograph weddings or events. I do not even like to attend weddings. I find the whole experience contrived, farcical and drawn-out.

Bear that in mind as I also tell you that my wife and I are coming up on 15 years of marriage. I love being married to the right person. I just don’t like the over-the-top pomp, stress, sweat and ceremony of the actual wedding.

Nonetheless, we were invited to attend a friend’s wedding a number of years ago. Btw, if you’re part of our circle of family and friends, please don’t invite us to weddings. We won’t skimp on the gift, you’ll still get it, we just don’t want to go through the tortured day with you. We’ll come see you the day after, or after the honeymoon, but not on the wedding day. Don’t do that to us, please.

I brought my camera, because I always bring my camera. These are the photos I took. See if they bear any semblance to wedding photos you’ve seen so far. Inasmuch as a wedding event is largely a farce, the title of this post is also very much a farce. 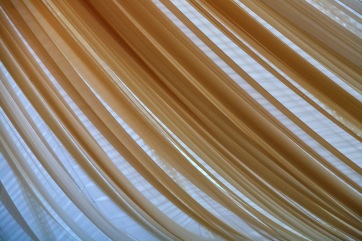 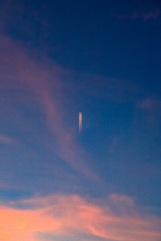 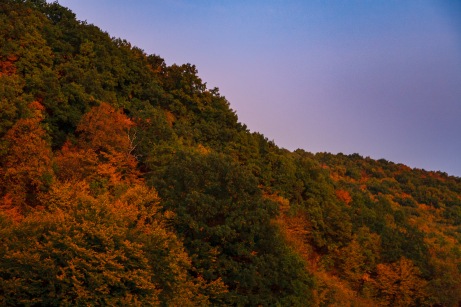 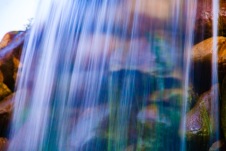 Evening falls on a waterfall 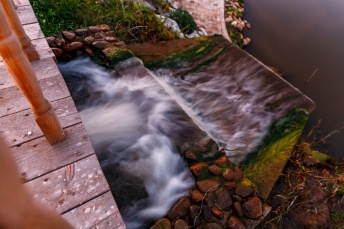 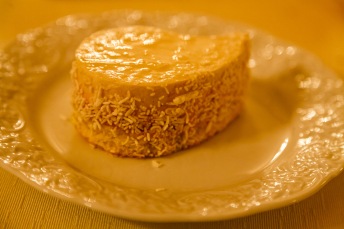 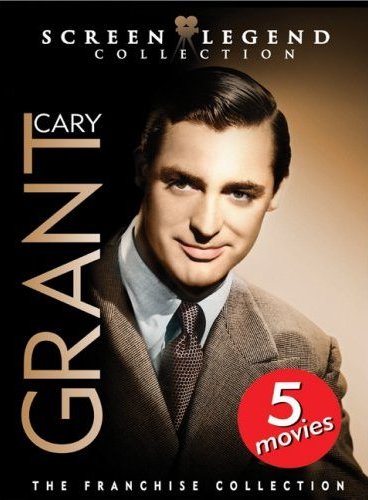 “Wedding Present” (1936) is a wonderful romantic comedy made toward the end of the great depression. Cary Grant plays an ace reporter named Charlie Mason, in love with his partner in “crime”, Rusty Fleming (played by Joan Bennett). Cary would reprise the role of an intrepid reporter/editor in “His Girl Friday” (1940), opposite Rosalind Russell, although his role in that movie would be somewhat darker.

The “Wedding Present” starts with Charlie attempting to get a wedding certificate but mostly goofing around, which leads to Rusty calling off their engagement. The tagline is “We’re almost married… and we want to stay that way!” Of course, that doesn’t work, so the tension builds up as Rusty is wooed by a pilot, then by a well-known writer of success books, called Dodacker, played by Conrad Nagel.

Seeing Conrad Nagel in the role of Dodacker, one wonders why he had been a matinee idol in the era of silent movies. Not much here endears him to the viewer. Then again, his role in this movie was meant to be unlikable, so who knows… Joan Fontaine certainly saw something in him, since she had an affair with him not long after this movie was made — she was barely 20 while he was well over 40.

There is a wonderful optimism that pervades this movie. It seems nothing can go wrong — except Charlie and Rusty’s relationship — but even that’s rescued in the end. Charlie and Rusty both act as if their jobs don’t matter — and I suppose when you’re both award-winning reporters, you can get a job anywhere you like. They slack off, they skip out on work, but since they always get the first-page stories, things work out alright for both of them.

Although there’s some awkwardness between Cary and Joan, they complement each other very nicely. It’s a lot of fun to watch Joan on screen. She manages to appear charming, intelligent and sexy, all while fitting the part perfectly. It’s hard to imagine that she didn’t want to go into acting when you watch her on screen. She’s so natural — but then that should come as no surprise considering she’d been born into a family of actors with roots in that profession going back to the 18th century.

Cary is still in his pre-polished era. You can see his youthful enthusiasm here, and some of his slightly rough, unpolished edges still show through. Although he looks great in a suit, he’s still not quite comfortable in it, not like in his later years, when his suits became an integral part of his screen persona, a part of who Cary Grant was and always remain. But the youthful Cary is a lot of fun to watch. There’s a sense of unpredictability about his next move. One wonders, how will he handle the next line, the next scene? Much like throwing a pebble in a pond and watching the ripples disturb the water’s surface, watching the young Cary act, one can see the little ripples that belie the thought process behind the role’s mask. This would later solidify into a shiny, pristine, glamorous and timeless surface. In his later years, Cary reached perfection. Cary was the role and the role was Cary.

Although the movie is somewhat anticlimactic in some scenes, and some judicious editing could have fixed it, it’s really wonderful. It’s relaxing to watch and it’s quite entertaining. The ending is spectacularly wonderful, and it alone makes the entire movie worth watching. When you add in everything else — the comedy, the superb acting, the gags, the dialogue, the interaction — you can’t help but realize that you get your money’s worth here. Give it a try, you won’t regret it!

You may recall that I mentioned a recent trip to Romania in a few of my posts. The occasion for our trip was a joyous one, thank goodness: my wife’s sister got married. I would have loved to post a few photos of them, but she and her husband would prefer to stay off the Internet, at least for now. Still, I did the next best thing. I put together a list of my favorite photos from the wedding that are okay to show in public.

This is an overexposed photo of Ligia, processed in Lightroom. I like the way it came out.

My little niece was one of the bridesmaids. 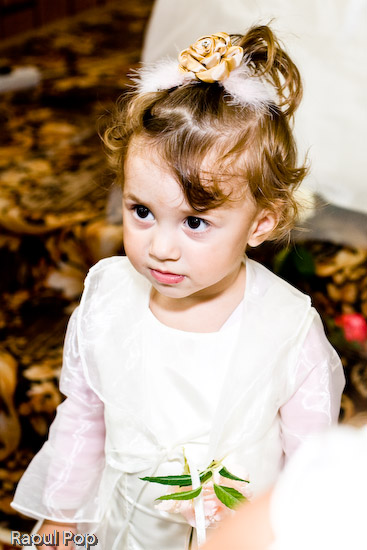 Ligia’s singing in the choir. The bride and bridegroom are in the bottom left corner. I think this photo’s alright to show, since they’re facing away from the camera. 🙂 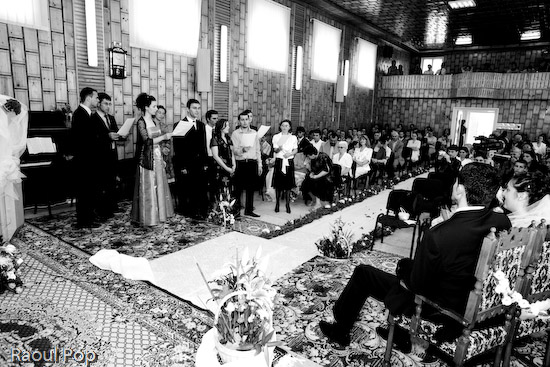 One of my nieces and her friend is giving me the tilted head look. I love how this photo came out, in spite of the lens flare visible near my niece’s right eye. The pose was completely spontaneous, and yet they both managed to tilt their heads and bodies at parallel angles. Lovely! 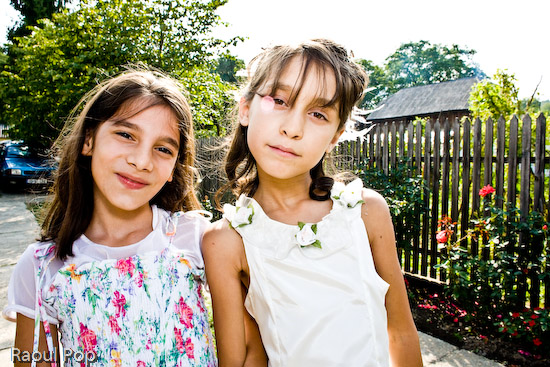 The bride takes a walk outside the restaurant where the wedding party took place.

I loved this simple yet dramatic chandelier, and the cloth ribbon draped across the ceiling was a great touch. 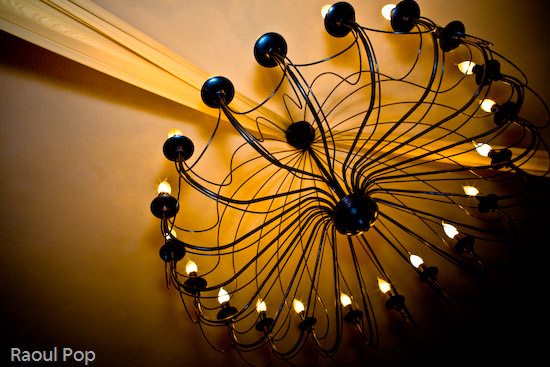 The bride and bridegroom cut the wedding cake, hand in hand. 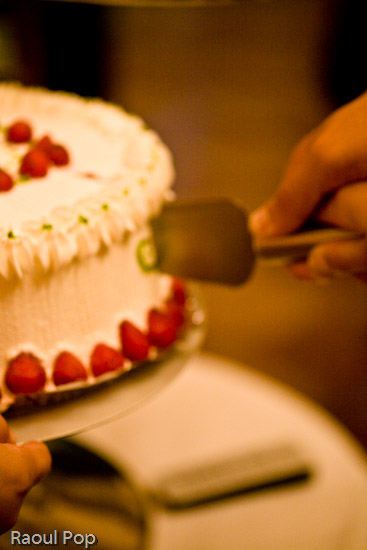 Here we are. My brother-in-law (not the one getting married) took this photo. It came out really nice, don’t you think?

My lovely wife. I never get tired of photographing her.

We had a really wonderful time at the wedding, getting to know the groom and making new friends. It all went just as planned, and came out even better!