We began our recent trip through Bucovina in the city of Baia Mare, the capital of the province of Maramures in Romania. A few interesting tidbits about the city:

We visited the very same new town center. The architecture is certainly modern, but is unfortunately not maintained. Almost all of the buildings show cracks, some of the exteriors have begun to peel off, some windows are broken, there’s graffiti on most of them, and all are covered in a nice, thick layer of muck. I guess some of that can’t be helped after 40 years, but still, some efforts ought to be put forth by the city to maintain the architecture, right? 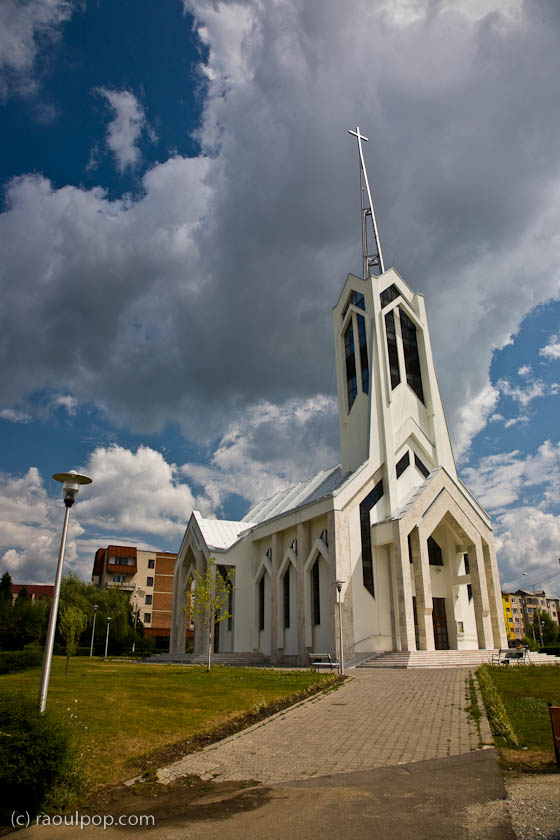 The image of the church above is a fairly good representation of the state of downtown Baia Mare and of Romanian cities in general. At first sight, it looks nice, but as you get closer, you begin to see glaring problems such as the state of the sidewalk (potholes among a mixture of pavement, mud, asphalt and stones), poor landscaping, poorly maintained buildings, etc. If you were to look closer, you’d see problems with the building as well. To some extent, this can be blamed on the past Communist regime, where the emphasis was placed on quantity, not quality. The construction issues have only become evident in recent years, as layers have started to come off apartment buildings and public buildings alike, peeling like onion skins, revealing the crumbling masonry work beneath.

This next photograph shows the building defects a little better. 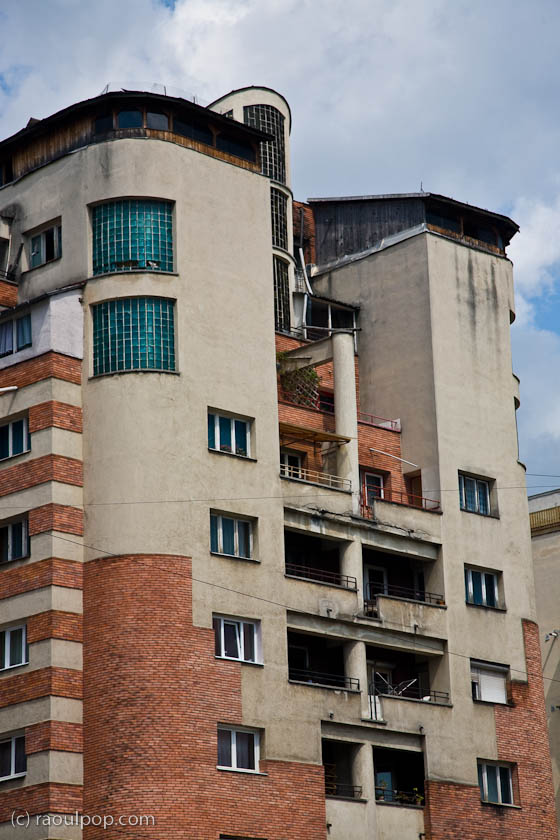 The buildings look much nicer from nice from afar, don’t they? 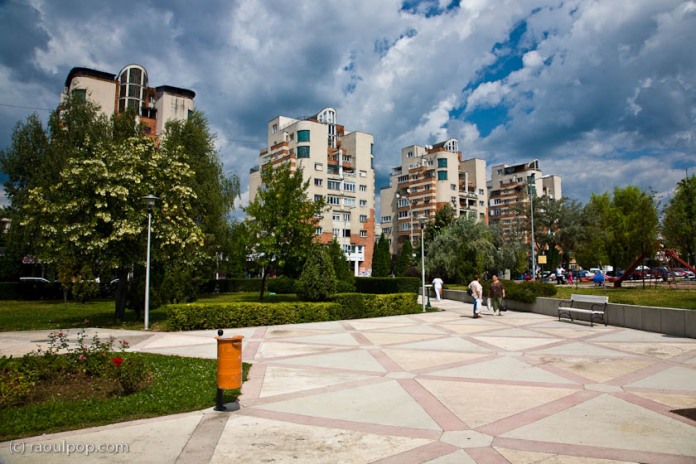 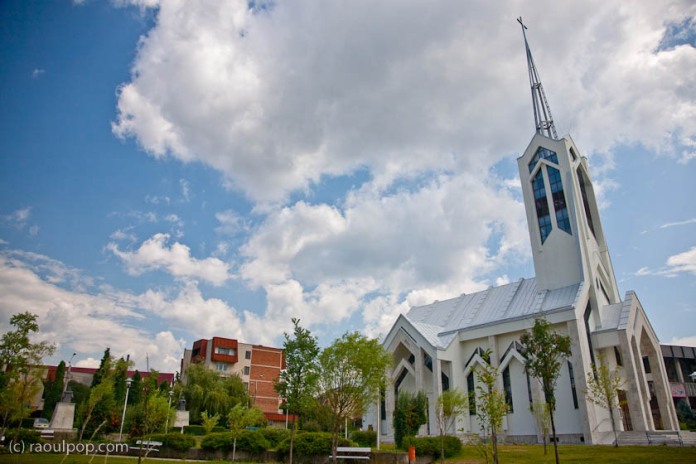 I took most of the photos from a park in the new town center, as you can see for yourself if you look at the surroundings. All in all, in terms of planning, it’s good. The idea of a central park in a new downtown, and the allowance for plentiful vegetation among apartments and shops and hotels is great. But a great idea must also be executed in appropriate fashion in order for it to be fully appreciated. In this new town center, like in most town centers built during Communist times, proper execution just isn’t there. 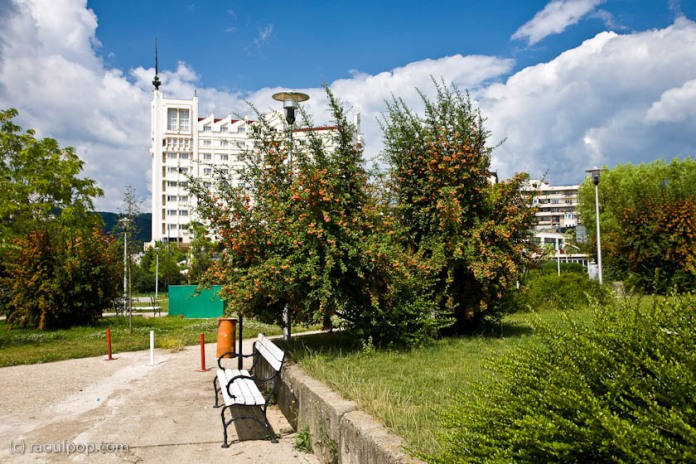 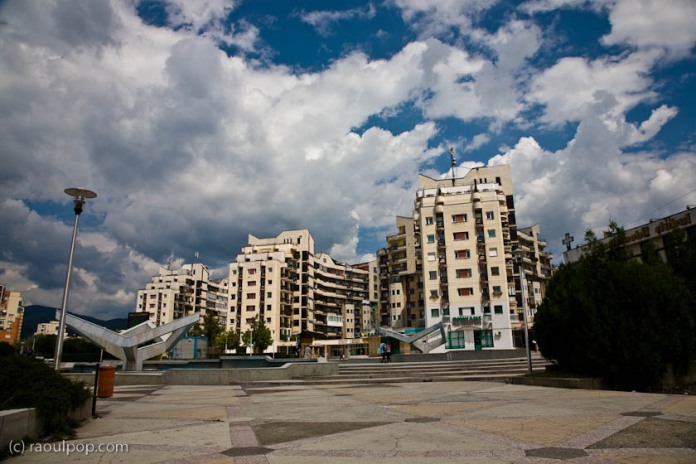 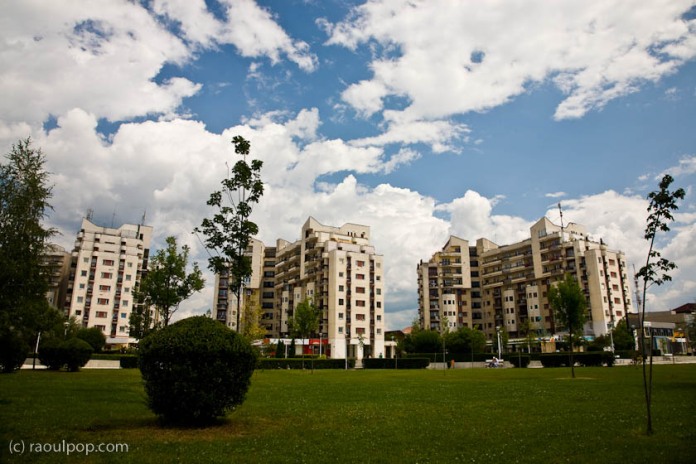 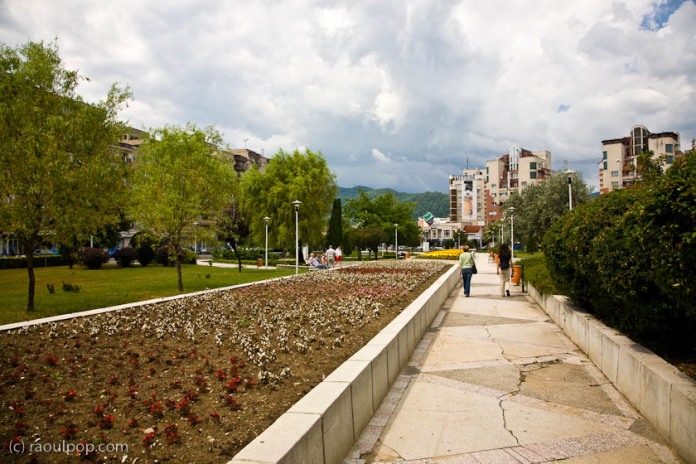 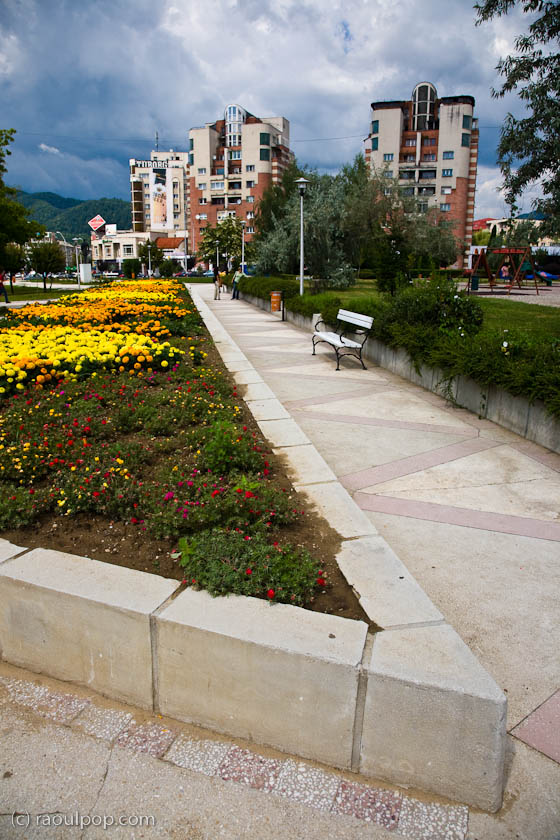 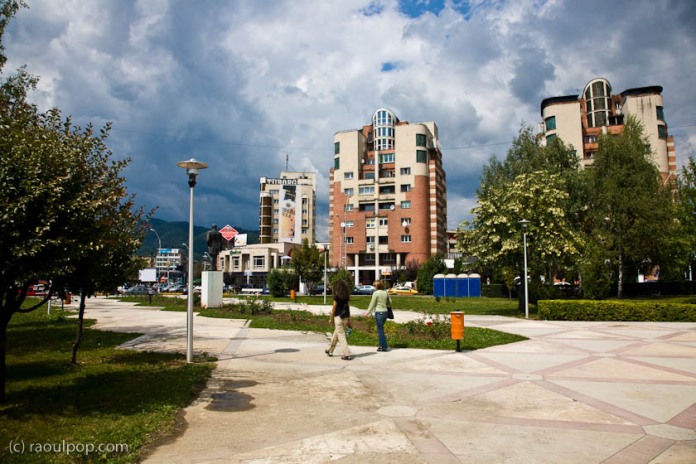 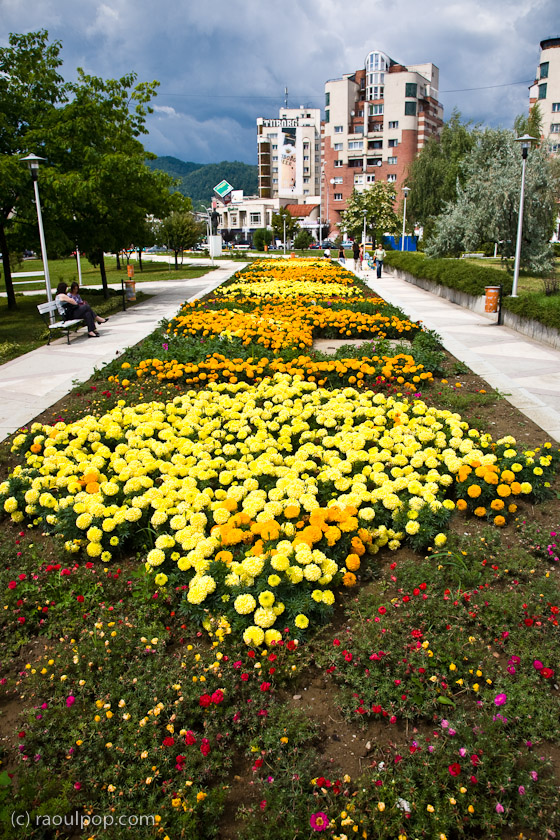 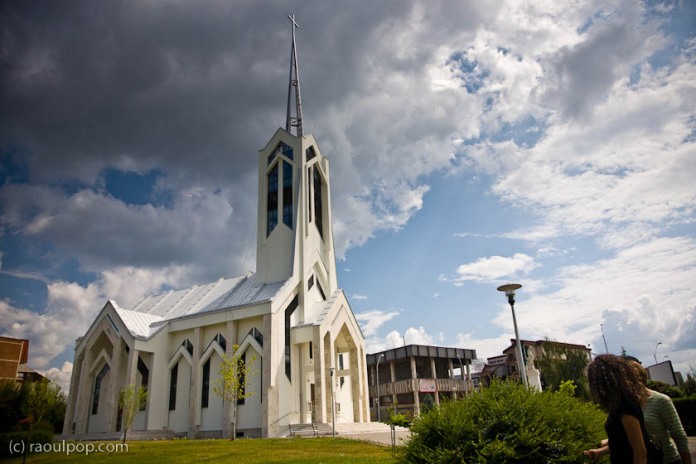 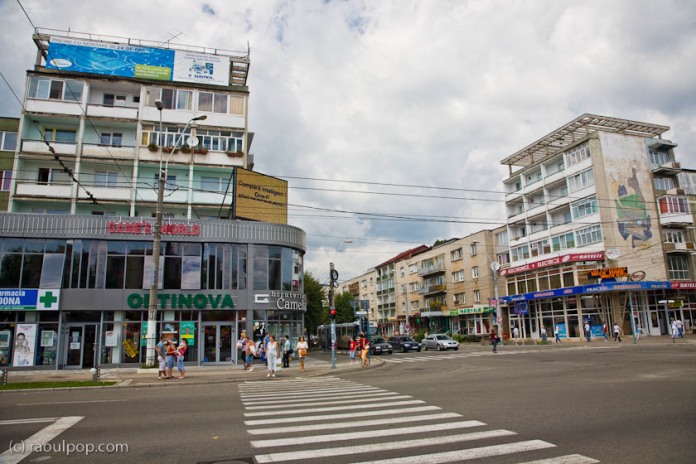