In an interview on “Good Morning America”, Tim Cook said the following when asked about the prices of the new iPhones, which have grown well above the $1,000 mark: “it’s the most advanced device we’ve ever done… [and]… replaces every other gadget consumers might need“.

Dear Tim, I would like to propose a challenge to you.

If the new iPhones are indeed a replacement for most other devices we might need, then please make it a substitute for the laptop and desktop computer. Please justify their cost with one more worthwhile argument. Notice I did not say a “replacement“, because I also have a desktop and laptop and tablet and I don’t foresee giving them up, especially not my desktop. A substitute is sorely needed though.

As I’m sure you’re well aware, the smartphone has become the only computing device for a lot of people throughout the world. And those people have to squint at a small screen and type on a virtual keyboard and poke around the (small, albeit now bigger) screen with their fingers whenever they need to do something important. It would be so much easier to plug it into a small device and be able to use it properly, as most of us have done, growing up using regular computers.

The iPhone is, as you say, a powerful and advanced device. Why not open up that power to the traditional users of a computer? I’m talking about a keyboard, a mouse and a monitor, of course, so we can use and work with email, word processing, spreadsheets and presentations on a bigger screen (these apps may be boring but they’re still the ones that run the world of business). It feels like you have deliberately held this option back from the consumers so it wouldn’t eat into your other lines (tablets, laptops, etc.). I can’t see another reason for it. I can’t imagine that you did not know that Samsung has been working on the Dex for years. It’s even been on the market for a couple of years now. It’s good. It’s so good it’s got me thinking I should buy a Samsung phone.

My request isn’t new. I’ve talked about it before. And no, the iPad isn’t the answer to my needs and those of many other people.

Will you please do this?

It’s high time we were able to come home and place our mobile phones in a dock that’s connected to a display, keyboard and mouse, and have it turn into a full-fledged desktop and laptop replacement. Mobile phones have sufficient computing power for most of our needs, they have the apps most of us use on desktops as well, and there are incredible energy savings to be had. Hardware manufacturers need to start making sincere, concerted efforts toward this end.

You may also want to read through this post of mine, where I tried my best to use a tablet (an iPad) as my main computer, only to be frustrated to no end by the lack of common ammenities and functionalities we’ve come to expect on desktops and laptops, simple things such as the use of a mouse, drag-and-drop functionality between folders, a finder/file explorer and the ability to easily access drives and files on the network.

I realize that people who engage in heavy computing on a daily basis, such as 4K video editing, 3D graphics and 3D video rendering, large-scale CAD projects, serious coding that requires powerful compilers and other such tasks, will still need very powerful desktop computers and even small server farms in order to do their jobs and I am in no way suggesting that they start using mobile phones to do their work.

We simply have to acknowledge that the majority of the population that uses computers can do just fine with the computing power of a mobile phone. I’m talking about the people who mostly check their email, use social networking sites and apps for social networking sites, plus some online banking and take casual photos and videos. What if all those people were able to use their mobiles phones as replacement desktops or replacement laptops? Wouldn’t that be a significant cost savings to them?

Looking at the greater picture, if all those people, or at least a significant portion of them did this, wouldn’t that translate into significant energy savings for cities, counties, states and countries? Aren’t we always talking about reducing our carbon footprint? Well, instead of using a laptop that consumes about 60W when plugged in, or a desktop that eats up about 200W, give or take, why not use a mobile phone that consumes 3-5W when plugged in? 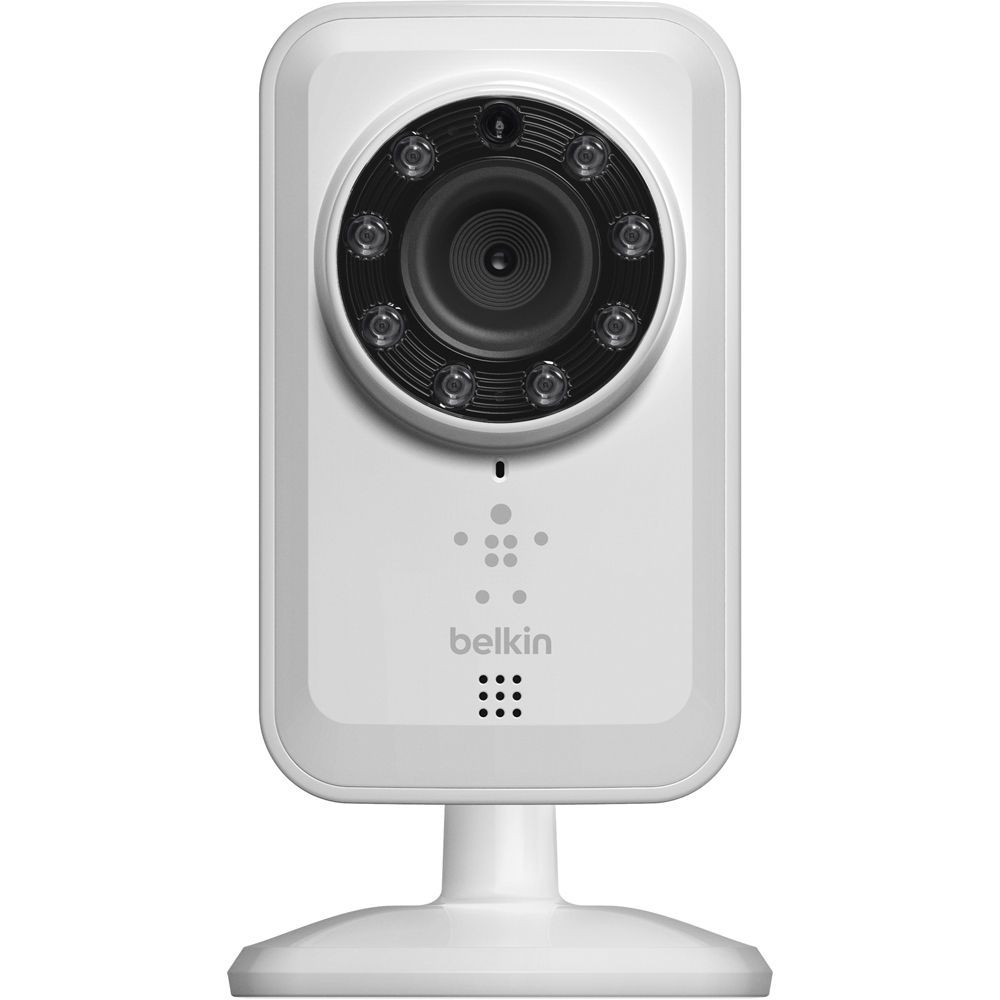 There’s an interesting article linked below that talks about the internet of things and the potential for net negative power consumption after more and more devices go online. I’m not going to get into a discussion about the significant potential for hacking these devices and the need to constantly update their firmware, because that’s a great big subject. What I want to talk about is online cameras and power consumption. The quote that got me started is this:

Hölzle acknowledges that his prediction comes with a caveat: the proliferation of online cameras—which send so much data across the network—may cause a steep rise in power consumption across the world’s data centers. “Video is the one exception,” he said on Tuesday.

via Google Says the Internet of Things’ Smarts Will Save Energy | WIRED.

Of course online cameras eat up a lot of power across data centers, even though they shouldn’t. It’s because every one of the camera makers opts for the easy setup that involves the cloud and the possibility of extra revenues in the form of monthly fees instead of offering the possibility of a straightforward home setup, where the cameras are made accessible through the owner’s firewall.

When that happens, when you can access your home cameras directly through your firewall from your laptop, tablet or phone, you cut out the cloud and the extra power consumption. It’s a little more difficult to do but it’s the right thing to do if you want to reduce power usage, particularly when a lot of firewall/router makers (such as Dlink) also make network video cameras. Surely they can streamline the process of setting them up through their own firewalls and making them available to the owners. Dynamic DNS is the one part of the equation that’s still a bit difficult but I’m of the opinion that each firewall/router maker should run their own DDNS service, just like they already run their own time servers. (DDNS is important because your IP address changes often with some ISPs, making it fairly impossible to get at your firewall simply by bookmarking your external IP address.)

There is another aspect of this that’s worth mentioning. Cloud-based setup and administration of network video cameras becomes a worthwhile proposition when these companies offer subscription-based archival of the video footage. If the cost is reasonable, where you can archive say, eight video cameras for $20-30/month and then be able to search that footage for motion, vloss and audio markers, then it’s worth getting. When a knowledgeable thief breaks into your house, if he sees you’ve got video cameras, he’ll often rip out the DVR and take it with them (if they can find it). When the video is stored in the cloud, they can’t rip anything out, you’ll still have the proof, and that’s a very good thing.

ComputersOFF.org is hosting a virtual Green IT Week from June 1-7. This is an issue that’s of particular importance to me. Having been an IT director, I know how much power the combined laptops, desktops and servers of an organization can consume, and how much pollution is generated by the disposal of computer hardware (see this post, and this one as well). 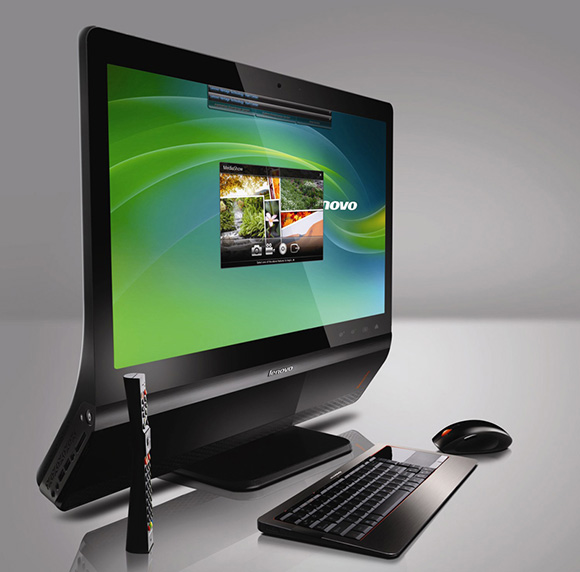 I’ve written about this topic since 2004. Here are three of my articles that deal with saving energy in IT:

Green IT deals with two things:

They’ve put together a few facts that help to drive home their message, so I’m going to quote them below.

By turning off your computer each night or when not in use (i.e. lunch times, weekends, when in meetings at night) for a year you save as much energy as it takes:

By turning off your computer tonight when you leave work you will save as much energy as it takes:

For both companies and individuals, there are some really easy actions they can take to reduce their energy use, including:

Want more of these neat factlets? They also have 100 Green IT Tips. They’ve put together a video as well, where various celebrities endorse the cause.

Make sure to check their website from June 1 to June 7 for more good info about Green IT.

Which car would you rather drive: the BMW M3 or the Toyota Prius?

I’d take the M3. It’d be no competition for me.

As it turns out, Top Gear tested these two cars around the track. The M3 got better mileage than the Prius while both cars traveled at the same speeds for 10 laps. This was part of a show segment where the BBC had asked them to show which cars are more economical, given the high price of gasoline.

Top Gear also tested a bunch of supercars (Lamborghini, Ferrary, Aston Martin, McLaren and R8), and found the Audi R8 gets the best gas mileage — 5 mpg — during healthy track driving. The runner-up was the Lamborghini Murcielago at 4.1 mpg.

This is why I love Top Gear. It’s always fun to watch.

Images used are public domain, obtained from the Wikimedia Commons.